Candidly, I did not know it was illegal to keep raccoons as pets, and have never seen anybody charged with it. The Florida administrative code has classified several native species so that they cannot be kept without a permit if they are taken from the wild. Included under this classification are also skunks, bats, fox and whitetail deer- so no trying to keep Bambi! There is no restriction on keeping rats, mice, squirrels, chipmunks and most of the commonly kept pet animals.

Tori Parsons, of Venice, Florida was cited after a neighbor reported she was keeping racoons as pets. She only ended up getting arrested when she failed to appear for court, and got a bench warrant, though she has since bonded out. The charge is criminal, but it is only a second degree misdemeanor, the least serious criminal offense in Florida. FWC gave her three days to transport and surrender the animals to a licensed wildlife facility, and it was only when she failed to do so that she was cited. 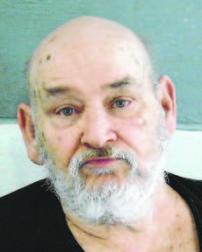 As always, Crimcourts will stay on top of all wildlife related criminal news. Which reminds me, I didn’t get to report on the recent story about Florida Flying Squirrels. National Geographic reports that thousands of Southern Flying Squirrels may have been illegally trapped for the pet trade, and shipped overseas to places like South Korea. Rodney Knox and 5 of his associates are facing charges as serious as racketeering for the ongoing  operation. Knox runs a farm and breeding operation, but FWC alleges that was a front for an illegal capture business, and Knox has a history running afoul of breeding regulations, including a warning for trapping flying squirrels.  This operation rivals the time FWC set up a fake alligator farm to catch egg poachers!