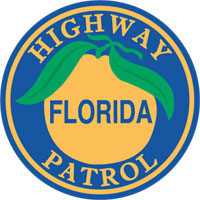 The Tampa Bay Times has uncovered an email from an FHP supervisor instructing his troopers to write more tickets. “The patrol wants to see two citations each our…” reads the email from Major Mark Welch. He and FHP deny this is a quota, which would be in violation of state law: but this is a quota. He sets a minimum number of tickets he expects his underlings to write per hour. That’s exactly a quota. The fact that he says “This is not a quota” does not redefine what a quota is.

To make matters worse, there may be benefits tied to the number of tickets officers write. Troopers in Miami-Dade were given additional weekend passes when they met ticket-writing goals earlier this year. FHP ended that policy when it was exposed. It seems this new quota is tied to ‘SOAR’, an overtime program, though that program appears to incentivize them to work more hours, not to inflate their ticket numbers. Big brother is most definitely watching.