Von Miller will not be Charged for the Hammerhead He Caught

Former SuperBowl MVP Von Miller got in some hot water a while back for a photo he posted on social media of a large, bloodied great hammerhead he had caught. It was recently revealed that the owner of the boat was charged with an infraction for failing to have the proper permit, and for failing to use best practices in releasing the animal. Sounds like they went with a non-criminal infraction by NOAA, as opposed to a misdemeanor under state law. That means the violation is more like a speeding ticket, instead of criminal, albeit an expensive one, as they carry a $2000 penalty. I was right when I speculated last year that it was the captain’s responsibility for the way the animal was caught and released. 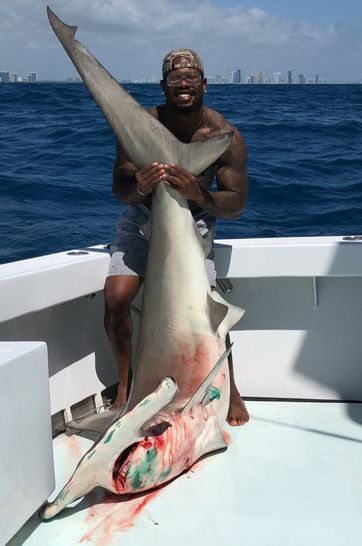 Denver Broncos linebacker Von Miller caught a hammerhead shark while fishing in Florida, and posted pictures on social media. Miller is well known, not only for being Super Bowl MVP, but he has also done a lot of commercials and even appeared on Dancing with the Stars. Now he’s in hot water as there may be an investigation since hammerheads are a protected species. The video, embedded in the TMZ article, shows that the shark was released alive, but it also shows the shark was bleeding on the boat, and distressed when returned to the water.

I don’t think Miller is in the wrong here, as he has video showing the shark’s release. FWC will still conduct an investigation, but it won’t need to be too intensive. It appears he is on a fishing charter. It’s incumbent on the captain to ensure that the animals are treated humanely by everyone on board, and returned safely. Miller could be facing misdemeanor criminal charges. I don’t see any charges for Viller, and hopefully, the shark was ok.

Live Shark in a Pool!

When I first read the headline, I thought it would be something due to the flooding from the major storms that moved across Florida on Friday, but it sounds more likely to be the work of some young pranksters. There’s probably a crime here, but I’m not sure what it would be, other than trespassing if they didn’t live in the apartments. Alas, it’s kind of funny, too…

Attorney Charged for Punching His Own Client in Courthouse 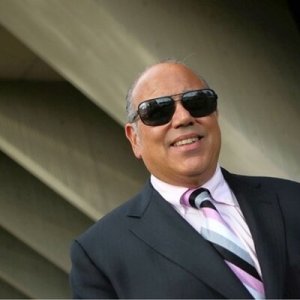 Prominent Chicago defense attorney Joseph “The Shark” Lopez has been charged with battery for punching his client. Apparently he and the now-former client got in an altercation in a holding cell at the Leighton Criminal Courthouse. Lopez is suggesting that he was acting in self-defense, but prosecutors apparently felt the battery charge, a misdemeanor, was warranted.

I wonder who his lawyer is going to be.

According to the News 13 story, they were Sandbar Sharks (or brown sharks), which are common. That begs the question for me, why did local law enforcement prosecute somebody for catching one of them, but it’s no problem for 5 of them to be cruising down the highway?

And it’s been a while since we’ve had a reason to say this, but thanks to Sea World for putting up the stranded sharks! #onlyinflorida Also, in case you didn’t see it, just a few days ago another Florida Man tried to sell a live shark outside a supermarket. FWC decided to let him off with a warning (the shark was released).

This goliath grouper decided to go after a spear fisher’s catch, and didn’t care that the diver from Winter Park, FL, wasn’t about to give it up. I’m sharing it, because it reminds me of a case we covered here on Crimcourts, where a Lee County man was charged with illegally harvesting a sandbar shark. The man claimed self-defense, that the shark came at him over the fish he has speared. FWC officers said they found the diver, Steven Moriconi, cutting the shark open when they appraoched. Moroconi countered that he was helping the shark by releasing babies in its belly. Mr. Moriconi was ultimately found guilty of unlawful harvest of the shark, but this video illustrates how an aggressive fish, especially one with more teeth, could cause a diver to be afraid of death or serious bodily injury.

We have been following the shark trial here on Crimcourts this week. It got picked up by some local media outlets, but you heard about it here, first. The case went to trial yesterday, and Steven Moriconi was found guilty of 4 fishing violations: 3 related to taking the shark, and an additional charge for obstruction for throwing fish overboard. I was only able to catch snippets of the trial, but it was exciting stuff.

According FWC officers, they approached a boat with Mr. Moriconi and 2 of his friends. As they pulled up, there was a large shark tied up at the boat, and Mr. Moriconi was slitting open its belly. Officers alleged that he was gutting it, which is apparently necessary to protect shark meat. They found some snappers in the water which, coupled with the snappers on the boat, put Mr. Moriconi over his bag limit. He was charged with harvesting a protected shark (a Sandbar Shark), fishing for the shark with a powerhead (bangstick), and for fishing for the shark with something other than line and tackle. 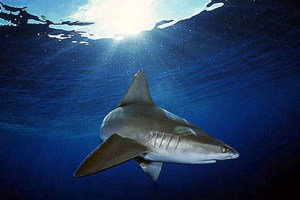 Mr. Moriconi took the stand in his defense, and argued that he had not been harvesting the shark. NBC carried snippets of his testimony. According to his testimony, he had been spear fishing on a dive, when the shark started circling. He says he sent the fish on his line to the surface, but the shark continued to close in. He testified that he was in fear for his safety, as the shark appeared aggressive. He was on the bottom when the shark turned and came directly at him. His spear had been fired, but his powerhead was affixed to his gun, and when the shark got near enough, he struck its head, discharging the powerhead bullet. Were these statements true, he would be justified in using force to defend himself from the perceived threat.

He testified that after he had surfaced, the other men on the boat had gaffed the dying shark. He says that they determined that the shark was pregnant, and that they slit the belly open to release the babies, and they were able to save several of them, which swam off. In fact, the FWC shark expert who performed the necropsy (sharkropsy?) testified confirmed that the shark’s organs were still in the carcass. He also testified that he had a negative history with some of the FWC officers involved, and that they were rude and aggressive with him from the moment they made contact.

The judge was not persuaded by Mr. Moriconi’s testimony, and found him guilty as charged. While Mr. Moriconi’s testimony occasionally pushed the limits of credulity, especially the miraculous save of several shark pups, I thought he had a strong chance of success as his testimony was unrebutted. Obviously nobody else was present on the bottom of the ocean to contradict his testimony, and dead sharks tell no tales. That left his testimony unrebutted, and even if the court was skeptical of his testimony, there was a dearth of evidence to contradict it. The only thing approaching contradiction, was an alleged statement by Mr Moriconi that he had a friend he was catching the shark for. Moriconi countered that he made the friend statement later, and only in speculation of what they’d do with the carcass.

If his story was believed, or was reliable enough to case a reasonable doubt, he would have been not guilty of the charges. Often, the truth lies somewhere between the two sides of a story. For instance, perhaps he did kill the shark in self-defense, but later decided to keep it. That would be a defense to the charge of fishing with a powerhead, but not for the harvesting of the animal. Mr. Moriconi has some interesting appellate issues, should he choose to appeal the conviction. He might not file the appeal, since he got probation, and an appeal would be costly. In addition to the lack of evidence contradicting his story, there are significant jurisdictional issues to ask for reconsideration. The issues were raised at trial, but Moriconi’s lawyer was unsuccessful.

What stands out for me is the issue of double jeopardy. Mr. Moriconi got three separate convictions for the taking of one shark. While the elements are different, the criminal action- harvesting the shark- is essentially the same and he’s therefore being punished three times for the same action. One of those charges probably subsumes the others. If an appeal is filed, Crimcourts will continue to follow the case. And I leave you once again with Uncle Jimbo… “It’s coming right for us!!!”

According to NBC-2, the judge has just found a man guilty of four fishing violations related to his killing of a Sandbar Shark last year. At trial in Fort Myers today, the man claimed he killed the shark in self-defense. Three of the counts were related to taking the shark, the other count was an obstruction count for throwing fish overboard. I don’t have time to get into all the details, but I wanted to share the verdict, which I just saw on the news. The man was sentenced to 6 months of probation for the charges, with fines, fees and probably substantial costs to be paid. 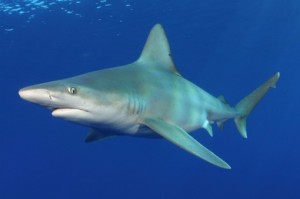 A local man has been charged with Possession of a Sandbar Shark, and is set for trial tomorrow in Fort Myers. Sandbar sharks are not permitted to be harvested. For good measure, the guy is also charged with harvesting the shark with a powerhead (or bangstick), and with spearing the shark. He was also charged with obstruction for tossing a few fish overboard, allegedly in an attempt to comply with the boat’s bag limit. Four charges, all second degree misdemeanors, the lowest category of criminal offense in Florida. The trial should be fascinating… because what would you do if a you ran into a shark while swimming? I punch it in the nose, but I’m crazy… most people with a spear gun are apt to defend themselves, I would think! We may see a self-defense from shark defense theory. Of course, on cannot stand their ground… if they are under water!

The case reminds me of the season 1 episode of South Park, “Volcano,” where Uncle Jimbo explains the rules of hunting to the boys. As long as he shouts, “It’s Coming Right For Us,” he thinks he’s justified in shooting, and blasts away at the animal as an imminent threat. In this guy’s case, a 6-foot shark is certainly a lot more intimidating than the bunny that Stan didn’t want to shoot. Local attorney John Mills will surely make it an interesting and hotly contested trial. Fish and Wildlife ought to be able to sympathize with the dangers of encountering wildlife here in Florida, as it’s a regular danger for FWC officers.