Katherine Nieves-Tavares of Vero Beach had been drinking when she allegedly pulled a knife and cut the face of her boyfriend, who had declined her repeated requests for sex. He had been sitting on the couch when she starting asking, and when she started yelling, he went out side. She followed him out with a large kitchen knife, and started slashing with the knife. Officers observed numerous cuts on his face, which was covered in blood. Nieves-Tavares was also bloodied when she answered the door. She claims that he already had a cut on his face, and that when she asked him about it, he attacked her. Officers indicated that she failed to give any specific information that would corroborate her story. She has been charged with Aggravated Battery. 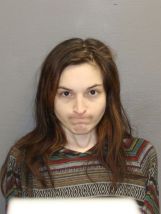 This reminds me of another woman who attacked her lover for sex earlier this year in Minnesota. Samantha Mears allegedly subdued her ex-boyfriend with a machete and forced him to have sex with her. Since her arrest, Mears has been found to be unfit for trial due to mental health issues, and has been admitted to a state hospital for treatment. That will put a hold on her case, though she could end up being prosecuted if the treatment is able to restore her.

How Old Does a Child Need to be Before They Are Left Alone (or Trick-or-Treat)?

A few months ago, Florida mom Nicole Gainey was arrested for child neglect. Her offense: letting her seven-year-old walk a half-mile to the park by himself. The arresting officer noted that there were several convicted sex offenders living in the area. However, in Florida, most sex offenders are prohibited by law from living within 1,000 feet of a park. A search of Florida’s sex offender registry list only one registered offender within a half-mile of the park, in the other direction. That man is not designated as a predator and his offense occurred way back in 1993.

Nicole Gainey and her Son

Additionally, it was during daytime hours, and Ms. Gainey had given her son a cell phone, that she would call to check up on him. Also, she trained him well, because when he was approached by a concerned citizen at the pool, he became concerned and went ran away. Mom had just checked in with him a few moments before police arrived.

There is no clear law in Florida about how old a child has to be before they are allowed to go to the park alone, or be left home alone, or anything like that. Indeed, most states don’t have such laws, and those that do, vary greatly from state to state, from 6 to 14. That leaves the law open to interpretation: legal a prosecutor could file charges if they felt there was a risk to the child that amounts to neglect. Conversely, it will be hard to win a conviction, as many people on the jury are likely to say, “Shoot, my mom left me home sometimes… and I don’t think she should have gone to jail.”

Arguably, the law leaves a lot of discretion to parents to determine when their children are mature enough to stay alone, and for how long. Parents probably should not be prosecuted, except in cases of clear risk to the children. And an officer should not immediately make a felony arrest in such a situation, he should first refer it to the Dept. of Children and Families for further investigation by specialists to determine if charges are warranted. Unlike a theft or a DUI, this is probably not a judgment call an officer should be making on his own in the field without having a child-care professional weigh in.

This doesn’t tell us how old a child must be to go, say, trick-or-treating by himself or herself (or with friends). The rule of thumb should be to use common sense. The realty of our risk-averse law enforcement system is that a nervous cop could jump the gun and make an unwarranted arrest: so you are better safe than sorry and ought make sure the kids have a chaperon tomorrow night.

The case did end well for Ms. Gainey, the Port St. Lucie Clerk’s records indicate the charges were dropped by prosecutors. That does not spare Ms. Gainey the expense of posting a bond and seeking legal representation, not to mention the degradation of being booked into jail for child neglect and having her name dragged through the mud. For anyone who is arrested for such a charge, seek representation right away, so you can have an experienced criminal defense attorney on your side to convince prosecutors charges are not warranted.

Debra LaFave Is Getting Off Probation

You may remember the story of Debra LaFave, the Tampa area teacher who got busted for sexual relations with a 14-year-old boy. She made a lot of headlines in part for being awfully attractive. Even her probation photos look good. She ultimately pled out to a couple of counts, convicted as a sex offender, and was sentenced to 10 years of supervision: 3 years of Community Control followed by 7 years of sex offender probation.

In her plea deal, she had stipulated that she would not apply for early termination of her probation. Yet, with several years remaining, she filed a motion to ask the judge to terminate her supervision early. In spite of the stipulation, the judge agreed to terminate her, and the state appealed.

The Second District Court of Appeals overturned the judge’s order, but certified the question to the Supreme Court of Florida: which means they asked the Supreme Court to review it. The Supreme Court overturned that decision, 5-2, in an opinion released yesterday. The Court’s reasoning relied on jurisdiction: basically that the State does not have the right to ask for a review of a judge’s decision to terminate probation. While it seems incongruous to allow an early termination when it has been bargained away, that is not inconsistent with case law that that grants great deference to judges on how to handle probationers in front of them. The will end Ms. LaFave’s legal case, but she will still be required to report as a sex-offender for many years.

Charlotte County, which apparently doesn’t understand news cycles, released info this afternoon of their online sex-offender sting operation. They only caught 11 people, and since they were willing to bring in people from out of county, suggests that the actual sex offenders have wisened up, or that the investigators were actually taking precautions to avoid entrapment situations. Experience tells me the former is more likely the case, which represents a fail all around.

Where did they do that press conference? Is that the county commission chambers? What is that… that’s ghetto law enforcement. If this is anything like the last round of sex offender stings, poor law enforcement technique will leave these arrests open to challenge by defense attorneys… 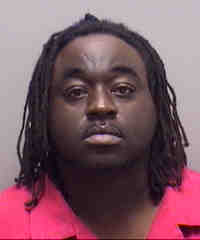 Yesterday, prosecutors in Fort Myers agreed to a plead deal with Keith Reese, a 44-year-old former school cafeteria worker. Mr. Reese pled to charges of Lewd and Lascivious Conduct for sexual contact with minor. In exchange for his plea, prosecutors agreed to a sentence that doesn’t include jail time. Mr. Reese will have to serve 7 years of sex-offender probation, and will be designated as a sex-offender. The abuse allegedly occurred over a period of 2 years, and allegedly involved Mr. Reese’s step-daughter. The initial allegation was for sex with a minor, but the amended charge indicates improper sexual contact, not necessarily intercourse. The amended charges suggest there were significant issues with the State’s case, and the plea may have been a “best interest” plea for both sides: the State gets to supervise him, and Reese doesn’t have to risk being convicted at trial and getting time.