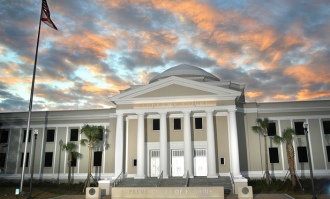 The Florida Supreme Court overturned the contempt conviction and jail sentence for juror Noel Plank, saying that the procedure for trying his contempt hearing was flawed, and that he should have been entitled to an attorney. The court found that since the drinking that led to his intoxication occurred out of the court’s presence, it should not have been heard as ‘direct criminal contempt’ [think of an angry defendant making a scene in a courtroom: that would be direct contempt]. Rather, the court found that it should have been treated as ‘indirect criminal contempt’ [think of someone going home and refusing to obey a court order after they leave]. The courts have long held that those accused of contemptuous conduct are entitled to attorneys for indirect contempt hearings, and that this proceeding was properly considered indirect.

Plank had already served 17 days in jail, when the court reduced his sentence. Since this sentence was overturned on procedural grounds, he could technically be facing a new hearing for indirect contempt, though I doubt anyone wants to go to the trouble and expense of prosecuting a man who already served his time.