Attorney General Jeff Sessions issued a new memo indicating a policy change for Federal Prosecutors to “charge and pursue the most serious, readily provable offense”. This overturns a policy memo issued by Eric Holder two years ago, which instructed prosecutors to avoid charging defendants with offenses that would trigger long mandatory minimum sentences on many drug offenses, in an effort to reduce non-violent drug offenders in our over-crowded prison system.

Prosecutors praised the decision as they enjoy having as much leverage as possible to prosecute offenders, and felt handcuffed by the Holder Memo. Critics feel this is a return to harsh mandatory sentences that do not serve their intended purpose. Under this policy, federal prosecutors would be seeking a 10-year mandatory sentence for a kilogram of heroin. In contrast, the State of Florida mandates a 15-year mandatory minimum sentence for possession of more than 14 grams of heroin (about half an ounce). And yes, there are extended prison sanctions for marijuana offenders, as well.

US Attorney General has announced that the Department of Justice will stop allowing local and state police from using Federal law to conduct seizures and forfeitures of property. More than $3 billion in property have been seized since 2008 in a program known as equitable sharing. According to the Washington Post: A Justice official, who spoke on the condition of anonymity in order to discuss the attorney general’s motivation, said Holder “also believes that the new policy will eliminate any possibility that the adoption process might unintentionally incentivize unnecessary stops and seizures.”

Agencies are still allowed to seek forfeitures under State laws. Florida has pretty broad forfeiture statutes. Florida authorities have and will continue to seize property, even after warrantless searches where no drugs or contraband are found. This just means the Federal Government decided to stop assisting and encouraging these and other local authorities. 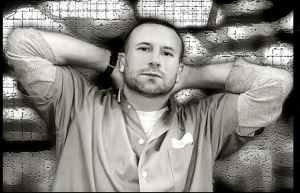 We covered the case of Karey Lee Woolsey when he released an album while serving prison time for marijuana charges, and related witness tampering and money laundering charges. He took a plea and was sentenced to 13 years in federal prison, as opposed to risking even more time if he lost at trial. Woolsey is now hoping that changing attitudes regarding marijuana might convince the current presidential administration that such a lengthy sentence isn’t warranted for marijuana related charges.His mother is running a signature petition on change.org. At this time, Federal law still prohibits any possession of marijuana, so it’s not a case of a change in the laws under which he was sentenced. Still, the president has the power to commute a sentence, and AG Eric Holder has been making moves to reduce sentences for non-violent drug offenders.

Also, it appears Woolsey is releasing a new single for free next week, links for that and the petition are in the News Press story: http://www.news-press.com/story/news/local/cape-coral/2014/04/17/musician-wants-sentence-tune-crime/7804625/

U.S. Trying to Deal with Decades of Draconian Sentencing System

The easiest way to politically deal with crime is to look tough: pass laws that make it easier to prosecute, and increase sentencing. Except this doesn’t deal with the underlying problems that cause crime, and prisons end up warehousing people instead of reforming them. According to CNN, that costs upwards of 80 billion dollars per year in this country. Our incarceration rates are the highest in the developed world, and that alone does not prevent crime. For all the issues I have with AG Eric Holder, the speech he recently gave indicating a move to put some common sense in sentencing is refreshing.