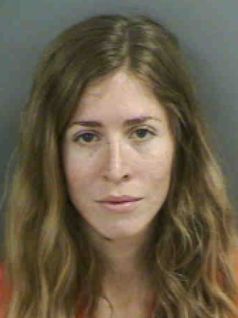 After nearly a month of trial, and a second day of deliberation (the jury went home after a couple hours of deliberations yesterday evening), Lisa Troemner has been found not guilty of second degree murder. There was a chance the jury could have given her a lesser charge, but the Defense’s justifiable use of force case persuaded them, or at least gave them a reasonable doubt. In addition to Ms. Troemner testifying to her relationship with Trevor Smith, she stated that she was scared of him, that he was abusive and controlling, even violent the evening leading up to the killing (he had a BAC over .30). The Defense also presented expert testimony that she was suffering from battered spouse syndrome and even forensic expert testimony that indicated there had been a struggle at the apartment. The State countered with a week’s worth of rebuttal testimony, including counter-experts regarding battered spouse syndrome, and testimony from friends and family of Trevor Smith that in fact Troemner was the jealous, controlling party.

Troemner was facing life in prison if convicted of second degree murder, but she will likely be out of jail this afternoon. This is a huge win for Donald Day and the defense team, and another big Collier County loss for the State already this year…  and expensive after a month of trial. Troemner had been in custody since the date of the arrest, in December, 2014. There was the possibility of a lesser charge, but the jury decided completely in her favor, complete acquittal. There is no appeal on a not guilty verdict.

Court watchers have a couple of choices as 2018 gets underway. Two major murder trials have started in Lee and Collier Counties, and that’s after the former Naples Officer was acquitted at trial last week.

In Fort Myers, the trial of Placido Moreno-Torres started yesterday: he’s on trial for murder for a 2016 incident in Lehigh Acres where he shot his wife and the neighbor who tried to intervene in their domestic dispute. It will be an interesting case, as he is likely to claim self-defense, because the neighbor came onto his property trying to break up the altercation, and only then did he retrieve the firearm. He will claim self-defense (and previously filed a stand your ground motion that was denied), but he has an uphill battle if he brought a gun to a fistfight. He is also charged with attempted murder, because after he shot the neighbor and his own wife, he held the gun to his neighbor’s sister’s head and tried to shoot her, only to have the gun misfire. There’s no self-defense argument there. He faces life in prison with a 25-year minimum under 10-20-Life. NBC-2’s Jaclyn Bevis is in the courtroom with live coverage on Twitter. 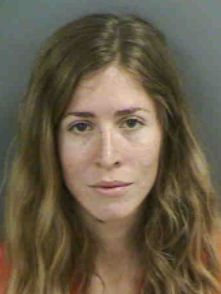 In Collier County, jury selection is underway for Lisa Troemner who is charged with killing her live-in boyfriend at their Marco Island apartment in 2014. They had apparently been arguing for a while, when it became physical, and she stabbed him. She tried to resuscitate him unsuccessfully, then went to a nearby convenience store to summon help. Again, self-defense is likely to be argued here. Also, a review of the court file indicates the Defense has sought the assistance of a false-confessions expert to challenge her statement, a blood spatter expert, presumably to challenge the findings at the crime scene. The case has been going on for more than three years, including an appeal of some matter while it was pending. She has been in custody the whole time, and is facing life in prison. There are some 150 witnesses listed, and the trial will take weeks, maybe five or more. Patrick Riley from the Naples Daily News is on this one, and has been tweeting from the courtroom as well.