Mark Sievers was sentenced to death today after being found guilty at trial of first degree murder for planning his wife’s killing. The jury found that Sievers had instigated the plan for his wife, Dr. Theresa Sievers’, murder by asking his friend Curtis Wayne Wright to carry it out. Wright traveled from Missouri with his friend Jimmy Rodgers, and the two bludgeoned Dr. Sievers in her home before travelling back to Missouri.

Curtis Wayne Wright pled guilty to murder, and agreed to testify against the others in exchange for a 25-year sentence. Rodgers was found guilty of second-degree murder in his own trial, and sentenced to life in prison. Mark Sievers was found guilty last month, and the jury recommended death during the sentencing phase. Today, the judge imposed a death sentence.

Sievers testified at the hearing today, still proclaiming his innocence, but asking for mercy. The judge indicated he would leave mercy to God, and that Sievers’ actions warranted the death penalty. As with all death penalty cases in Florida, it will be appealed to the Florida Supreme Court.

Alleged Cop-Killer Desmaret to be Evaluated for Competency

The man charged in the killing of Fort Myers police officer Adam Jobbers-Miller has been ordered to undergo a competency evaluation to determine if he is able to stand trial at this time. Wisner Desmaret will be evaluated by qualified doctors to determine whether his current mental state can support going to trial a this time. One has to be severely impaired to be found incompetent, essentially the experts would have to find that he was unable to understand the charges, the court process, or to effectively assist his attorneys in his defense. If he is found incompetent at this time, that does not mean that he can not be prosecuted, as the state can attempt to restore his competency (through medication and counseling) and he can be brought to trial if his competency is restored.

The evaluation was expected, as there have been previous questions of his competency in his previous cases. He has been found incompetent multiple times, and on one occasion, the court found that his competency was not restorable, based on expert testimony presented. However, another judge found that after restoration treatment, that his competency had been restored, which led to his release from a Sarasota county jail not long before he killed Officer Jobbers-Miller. If he is found incompetent, he will likely remain in custody until his competency is restored, at which point he will face trial for First-Degree Murder. The state has filed their intention to seek the death penalty against him.

A grand jury has returned an indictment for First Degree Murder against Wisner Desmaret, the man accused of killing FMPD Officer Adam Jobbers-Miller. A grand jury indictment is a necessary step in Florida to proceed on First Degree Murder charges, and may be the next step toward the state seeking the death penalty. The grand jury found evidence that he killed Jobbers-Miller with premeditated design or in the course of committing a violent felony (resisting an officer with violence), in addition to additional charges of Resisting with Violence, Robbery, Depriving an Officer of Means of Protection, Attempted Murder and Aggravated Assault on other officers, and Burglary and Grand Theft. The police report indicates that Wisner, a former boxer, knocked Jobbers-Miller down, took his gun, and shot him in the head while he was still on the ground. He then fired at two other officers, one of whom shot Desmaret before he was taken into custody.

Desmaret is set for arraignment on August 27, though that may be moved up, since the indictment has been filed. Chief Assistant State Attorney Amira Fox was the prosecutor who obtained the indictment, and will likely be handling the case.

The state has filed their notice that they intend to seek the death penalty against Lois Reiss, who allegedly befriended then killed a fellow tourist on Fort Myers Beach. Reiss was wanted in relation to the death of her husband in Minnesota (though at the time, only theft charges had been filed), and it is alleged that she targeted a woman who resembled her so she could steal her identity as she evaded authorities. She is alleged to have killed that woman, stolen her car, and was eventually captured in Texas.

It is not surprising that the State is seeking the death penalty, as they had obtained an indictment for first degree murder a few weeks ago. That is a precursor for seeking the death penalty. Further, the allegations include some aggravating factors, for instance, alleging that the murder was for pecuniary gain and was done to aid the flight from another crime. CNN picked up the latest story, as ‘Losing Streak Lois’ as garnered some national attention, both for the dramatic crime, and the nickname she was given by U.S. Marshall’s for her gambling habit.

The state has announced its intention to seek the death penalty against Jorge Guerrero Torres, who was indicted about a week or so ago for first degree murder in the kidnapping death of nine-year-old Diana Alvarez. Authorities located Guerrero’s phone with incriminating pornographic pictures involving the girl. He has been convicted in Federal court and sentenced to 60 years for child pornography. When he was in jail, he allegedly made incriminating statements that he killed Alvarez and hid her body, leading to the murder charges he now faces. The notice is the next step, after the grand jury indictment for first degree murder, to seek the death penalty, which has been reinstated in Florida.

A Look at the Ramifications of Florida’s Death Penalty Issues

The procedure for Florida’s Death Penalty was found to be unconstitutional, despite efforts to rework it, until March of last year, when a procedure that meets Constitutional muster was approved and signed into law. But what to do with the cases that had been sentenced under the old procedure. Florida’s Supreme Court ended up splitting the baby, basing their decision on when the US Supreme Court issued their controlling decision in Ring v. Arizona back in 2002. The Florida Court decided that the rule would be applied retroactively to cases decided after the Ring decision, but that individuals sentenced before then are out of luck: even though the Court had already decided the procedure used to sentence them was unconstitutional.

The decision is based on the rule that decisions based on procedure will not be retroactive. In the last several weeks, the Court has been busy issuing ruling after ruling that declines to apply the rule announced in the Hurst case to pre-2002 convictions. This column from the Tampa Bay Times takes a look at the spate of opinions that have recently been released, and the sometimes incongruous results. It’s definitely worth a read.

Governor Rick Scott has signed into law the bill amending the procedure for Florida’s death penalty. The new law requires a unanimous jury finding for the death penalty, in order for it to pass constitutional muster.

Florida will soon have a Death Penalty Procedure, Once Again

The Florida Legislature fast-tracked a fix-it bill for the death penalty, which was found to use an unconstitutional procedure because it did not require a unanimous jury finding for a recommendation of the death sentence. That law was an imperfect fix for the previous procedure, and the Florida Supreme Court subsequently made it clear that a unanimous recommendation would be required to meet constitutional muster. Yesterday the Florida Senate approved a new bill that does require unanimity, and today the  Florida House voted for it as well. The bill will head to the Governor’s desk, and he is expected to sign it in short order, effectively re-instituting the death penalty in Florida.

Those sentences to death after 2002 will have to have a new sentencing hearing if the State still wishes to seek the death penalty. 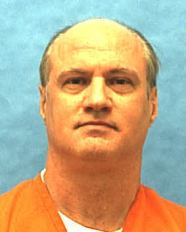 For those death row inmates whose cases were finalized before 2002, it appears the death sentences will not have to be revisited, pursuant to a Florida Supreme Court Decision that came out yesterday. The Court ruled that the legal issue is procedural, which means that it is not retroactive from prior to 2002. The court found that the state can move forward wit the execution of Michael Lambrix, who killed 2 people in Glades County some 30-plus years ago. He will surely seek a federal appeal before his execution goes forward.

The Death Penalty has been on hold in Florida for some time. While the Florida Supreme Court struck down the current law for its non-unanimous procedure, that law was only passed a year ago to address earlier decisions that prohibited the enforcement of the death penalty, also for procedural reasons. The courts have made it clear they will require a unanimous finding by a jury before a judge can impose death. A new bill being prepared would address that. Once the law is reestablished, the prosecutors across the state will have to review the cases since 2002 to determine if they wish to proceed on new death penalty sentencing hearings: which will affect a few cases here in Southwest Florida.