Mark Sievers to Keep Custody of Children for Now 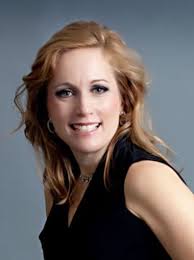 After the release last week of documents implicating Mark Sievers in the death of his wife, Dr. Theresa Sievers, Florida’s Department of Children and Family Services [DCF] moved to remove their children from his custody. The hearing, known as a shelter hearing, began on Friday. The shelter hearing was continued from Friday until Monday for more evidence. At court today, the judge reviewed the documents from Curtis Wayne Wright’s murder case that implicated Sievers, but did not find sufficient evidence to take the children away at this time.

There is a high burden of proof for the State to be able to take someone’s children away, and the State can’t make it at this time. While there is suspicion around Mr. Sievers, there is not evidence of an actual threat to the children at this time. The judge said the State’s case is based on “probability and speculation” and that suspicions and concerns are not sufficient in a shelter case. However, the State can seek to shelter the children at a later time, as the status of the case changes.