It’s Illegal to Hold Someone Hostage with an Alligator 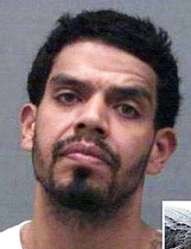 As the leading authority on Alligator related laws, I have to say this is something that I would not have thought needed explanation. It’s not really an alligator-specific law… it’s pretty much unlawful anywhere to restrain someone through the threat of harm. This week a Texas man plead guilty to one count of unlawful restraint after he allegedly made a ransom claim for $800 in an alleged kidnapping in Connecticut. When the victim contacted his aunt, he asked for the money to be set free, then sent a proof of life photo: which featured the victim lying in a bathtub, with a 3-foot alligator sitting on top of him.

Police traced the ransom call to a hotel room, and there they found the defendant’s girlfriend and the aforementioned crocodilian. However, the Defendant and alleged victim were nowhere to be found at that time. Police ended up charging Garcia with kidnapping, larceny by extortion, and unlawful restraint.

However, the facts of the case started showing flaws. “Our investigation developed information that contradicted the original statement of facts,” Garcia’s lawyer, Senior Assistant Public Defender Jonathan Demirjian, told the judge. For instance, after the ransom call… the phone was used to order some Chinese food. Prosecutors eventually agreed to let Garcia plea to the lesser count of unlawful restraint. He will be sentenced in March. Still, let this be a reminder, don’t threaten people with alligators.

Apparently the gator was rescued, unharmed. 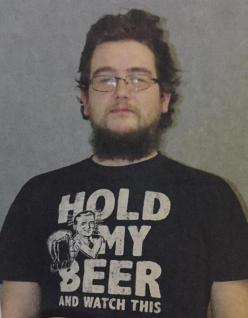 We can add another ridiculous shirt to the ones people have been wearing when they got arrested. Harrison Wootton, a 25-year old from Connecticut, was arrested for a DUI while wearing a shirt that reads “Hold My Beer and Watch This”. “This” apparently entailed getting behind the wheel of an unregistered motor vehicle, losing control and crashing into the stone wall surrounding a cemetery. He then proceeded to try to flee the scene as officers arrived, but was apprehended and charged.

Geez, man, how do you hit a cemetery? 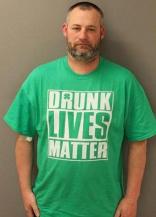 That’s the second incriminating DUI shirt mug shot in just a few weeks, after our friend from St. Patrick’s Day.

The prosecution and Defense concluded their closing arguments this afternoon. The jury is expected to begin deliberations tomorrow. The Defense attacked the state’s star witness, himself a violent drug dealer with reason to blame Hernandez instead of himself. Jose Baez made some colorful arguments that the state did not prove their case. 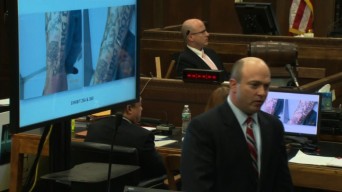 The State argues their witness was credible, and that the evidence supports his claim. They say Hernandez had motive, opportunity, and they allege that a tattoo he later got equates to a confession. This is not the first time tattoos have allegedly documented a crime. A verdict is expected in the coming days. 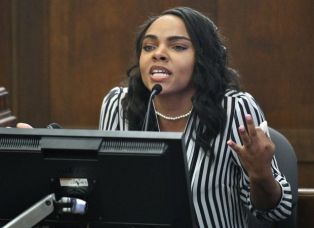 The prosecutors offered immunity to the fiance of Aaron Hernandez in order to get her to testify on their behalf in both of his murder trials. She testified in the second case this week, but she was definitely not there to help the prosecution. In fact, she gave Hernandez an alibi, saying that he was in a hotel with her at the time the murders allegedly took place. Prosecutors rebutted that evidence, by showing that a call was made from Hernandez’ phone to her from Boston’s South End just minutes after he allegedly shot two men after a dispute at a Boston nightclub. A federal agent testified that cell phone records indicated there was “absolutely no way” he could have been in Plainville when she claimed.

Jenkins-Hernandez was a reluctant witness for the prosecution, to say the least. After the previous trial where Aaron Hernandez was convicted of the murder of Odin Lloyd, she not only maintained her engagement to him, but she even added is name to hers as a hyphenate. They are not legally married, and apparently Massachusetts does not allow conjugal visits, even if they were married. While she testified for the prosecutors, if they secure a conviction, it will be in spite of her testimony, not because of it.

The prosecution is expected to rest their case today or early next week.

Doug Glanville, who has done a lot of writing since his retirement from Major League Baseball, including a book and frequent guest columns for the New York Times, shared a personal story of his own profiling experience. The story isn’t that of threats or great harm, rather of the quiet, and all too commonplace, oppression of racial stereotyping.

Connecticut, and Hartford in particular, have a reputation of racial division, but such examples are hardly limited to there. These things happen all the time, and most people are not rich athletes with attorney wives and neighbors. This situations predicate a lot of criminal charges, and many more circumstances do not even make it to criminal court.

I think it’s great that Mr. Glanville seeks to use this as an opportunity to create dialogue. He points out, “As an article in the April issue of The Atlantic points out, these practices have “side effects.” They may help police find illegal drugs and guns, but they also disenfranchise untold numbers of people, making them feel like suspects … all of the time.” I thought back to the recent LCSO story where a black man got his phone temporarily taken, and the reason he had it out was because he felt he was being harassed. He was also a black man who, even if his rights weren’t overstepped, probably has lost some faith in law enforcement. That is a detriment to law enforcement everywhere: the collective perception of bias and discrimination.

Please share Mr. Glanville’s story, and promote the dialogue whenever you can.

Law Student Charged for Angry Statements, but Is She Constitutionally Protected 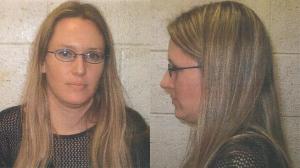 Connecticut Law Student Anya Bargh was arrested and charged with Harassment and breach of the peace for a series of online statements she has made. They were definitely in poor taste, some offensive, but there was not a pattern of conduct over time that would usually warrant a harassment charge. I won’t repeat them, but you can see what she said in the ATL story. We recently covered an injunction case in Lee County that was based on the new stalking law in Florida, and that speech was not found to constitute stalking by harassment. Speech, even offensive or critical speech, cannot be the basis for a crime: it is protected by the First Amendment. That speech won’t be protected if it is perceived as a threat. 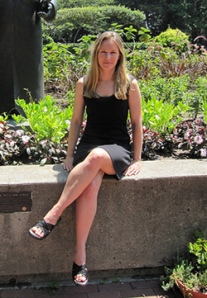 Blogger Eugene Volokh does a good breakdown of the applicable statutes and Constitutional issues in this case. His conclusion, and one that is hard to legally disagree with, is that these words are protected speech, and cannot be criminalized under the Constitution. The analysis would be different in other countries. We may disagree with the statements of others, but unless they are making true threats, they have a right to share the offensive thoughts they might have. We, in turn, are permitted to vocalize our disagreement. That’s the way the founders set it up.

My heart goes out to the families involved in the school shootings in Connecticut.  I cannot fathom the hurt that has been inflicted there.

Apparently, the mother of the man who’s been arrested was among those killed.  Something was not working right in this young man’s brain.  The man believed to be the shooter is dead.  The criminal justice system could not appropriately handle this type of situation anyway.  Such senseless violence, of such innocent victims, is just terribly sad.