Former LCSO Deputy Michael Ronga had been Federally indicted, charged with a civil rights violation and obstruction of justice. He allegedly agreed to give someone a ride, but drove them to a secluded area, and robbed them. He is out on a $50,000 bond.

He was previously charged with robbery for this incident in state court. That charge was ultimately dropped, and sources tell me the State had difficulty procuring the victim to testify. The accuser is of Spanish descent, and may have citizenship issues. It will be easier for the Federal government to overcome these hurdles than the State. He now faces 30 years in prison for his current charges.

If recollection serves, Ronga worked at FMPD for a while before joining LCSO, but I don’t know what the circumstances of his departure was.

The Naked Hamburglars are Still At Large

The three naked young men that broke into Doc’s Beach House a few months ago have not been caught… but remain a topic of conversation, especially as the snow birds come back to town. They are still officially wanted by authorities…

LCSO and Sheriff Mike Scott are clearly making an ongoing, concerted effort to crack down on drug dealing. The latest busts were from an ongoing sting operation in Bonita Springs.

If you are accused of a crime, exercise your rights. Talk to an attorney right away!

Video of the Naked Hamburglers

Authorities have released the surveillance video of the naked men who broke into Doc’s Beach House and stole dozens of burgers and other things. Crimestoppers is looking for tips to help catch the Hamburglars.

The gray menace continues its scourge in Southwest Florida. Yesterday at Bonita Beach park, 72-year-old Carmen Torockio was fed up with not being able to find a parking spot. He stopped his car in the lane of travel, backing up traffic. A deputy Came up and told him to move his vehicle, but he refused. After parking, the Deputy moved  in and told Torockio that he would be placed under arrest, but he continued to refuse to comply. He was booked into the Lee County Jail on misdemeanor charges.

Thank goodness that guy is off the streets. I doubt he’ll be so disrespectful to a deputy in the future. I mean, sure, it costs us money every time they book someone in jail, but I’m sure a ticket would not have sufficed. He might possibly could have been a dangerous individual You can’t be too safe when the Gray Menace are on the prowl…

Correction: the earlier version spelled the defendant’s name incorrectly “Torockiowas”, as it was written at one place in the NBC story.

Don’t Play with your Winkie at McDonald’s

Mr. Burns, he is not

Lee County Man Named to US Marshals’ Most Wanted List 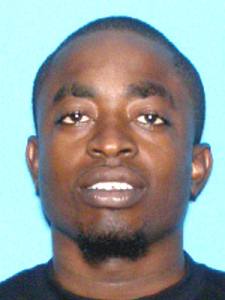 Long a resident of the Lee County Sheriff’s  most wanted, former Lee County resident Wesnel Isaac has been added to the US Marshal’s 15 most wanted list of fugitives around the country. With the designation comes an increased reward of $26,000. Isaac was thought to have fled to his native Haiti, but may have returned. One of the co-defendants from the triple homicide did manage to leave the country, only to be caught sneaking back in from Mexico. Loubert Jules was convicted of 3 counts of murder, and sentenced to life in prison. The other two co-defendants in that case were given lesser sentenced in exchange for their agreed cooperation, including testimony in Jules’ trial. Isaac remains at large, and is considered armed and very dangerous.

crimcourts : A Criminal Law Blog
Create a free website or blog at WordPress.com.