We’ve been busy around these parts and haven’t gotten to keep the blog as current as I’d like. I did want to take a brief moment and update on a case that we’ve followed extensively on Crimcourts, that of former Ben-Gal Sarah Jones. In addition to the criminal case related to the affair she had with one of the students she taught, she also had a defamation case against theDirty.com and its proprietor, Nik Ritchie. She was awarded a $300 thousand-plus judgment at trial, but this week an appellate court ruled that Mr. Ritchie was not liable for the postings of outside commentors. This is an important protection of Freedom of the Press for all websites, this one included, that mean that the publisher is not liable for the defamation of outside/ 3rd parties. The court confirmed that Ms. Jones was defamed by the comments on theDirty, but since theDirty did not post them, they were not liable.

Former Ben-Gal Sarah Jones, (a cheerleader for the Cincinnati Bengals), won her defamation suit today in Federal Court in Northern Kentucky. The jury awarded her $338,000.00 for the harm to her reputation. The case is extremely noteworthy from a tech and journalistic point of view, because the judge ruled that thedirty.com and operator Nik Richie were not immune from liability for third-party comments. The judge distinguished the site because Richie solicited the comments and responded with more of his own. Essentially, the court found that he could be liable since he was involved in the comments, and the jury found him liable as well. However, the jury did not award Ms. Jones the multimillion-dollar verdict that Jones’ attorney Eric Deters asked for with the intent of putting the website out of business. Collecting on this judgment will still be a challenge for Jones and Deters. 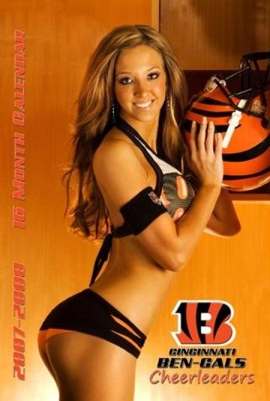 Former Cincinnati Ben-Gal Sarah Jones lost her teaching job and was convicted of some criminal misdemeanors for an illicit affair she conducted with one of her former (adult) students. It appears that the story may have a happy ending, as the Enquirer reports that she and the beau are now engaged. Young love! It began with a rocky start, but let’s hope it works out for the couple.

wcpo.com was able to get the interrogation video from Sarah’s pre-arrest interview.  Nothing shocking if you already saw the Dateline interview, as they played substantial clips, but worth a look if you’ve followed the Sarah Jones story.  Be sure to check out our Sarah Jones archive. 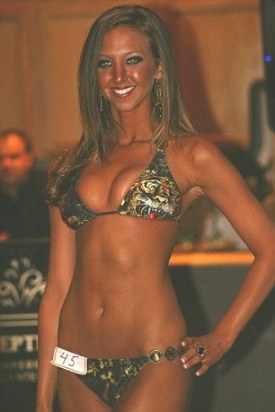 Sarah Jones, the former Ben-Gal who recently plead guilty to an inappropriate sexual relationship with a high-school student, has broken her silence about the case and her relationship.  M.L. Nestel at The Daily has the scoop.  She has given a brief commentary to The Daily, but she also plans interviews with NBC for “Today” and “Dateline” tomorrow.  If you are as fascinated by this train wreck as I am, I’m sure they will be worth checking out.

The Daily Mail also did this in-depth background article, complete with more photos and an interview with Ms. Jones’ ex-husband.  Apparently prosecutors allege the affair may have started while she was still married.  Ms. Jones continues to pursue the defamation case against The Dirty, which alleged that she had an affair and contracted STD’s from one or more Bengals players.  The case was originally filed against the wrong party, and at last report, the new case is still pending against the correct entity that publishes TheDirty.com website.  I will try to follow-up when her TV interviews are broadcast.

UPDATE: Apparently there is no Dateline appearance yet, and the Today interview didn’t happen.  We shall keep an eye out…

According to WCPO’s Kendall Herold, the plea deal has gone through.  Ms. Jones left the courthouse holding hands with the victim.  As part of the deal, Ms. Jones admitted to the improper, sexual relationship with the student.  She will not have to register as a sex offender, and will not serve jail time.  That’s the update from Ms. Herold from the courthouse, I’m sure wcpo.com will have the full story up shortly.  Follow @kendallherold on Twitter. #sarahjones

UPDATE: Details are up on wcpo.com.  She got  five years of probation.  It appears she pled to custodial interference and something related to the sexual misconduct charge (UPDATE: misdemeanor sexual misconduct).  As I expected, there was a reduction to misdemeanors, and no sex-offender designation to entice her to enter the plea.  Her mother also pled to a misdemeanor reduction.  It souns like a pretty fair resolution, as the victim and his family were not seeking the prosecution, and going through a trial would have been stressful for everyone involved.

Former Ben-Gal Sarah Jones is set for court at 9:00 this morning.  As last report, she is slated to accept a plea deal, but no details have been made available.  WCPO.com has gotten confirmation from her attorney, Eric Deters, that she and her mother are prepared to enter plea deals.  Deters has not responded to a twitter inquiry.  Sadly for Crimcourts, I may run out of excuses to run pictures of the lovely Ms. Jones on the blog.  I hope to have updates later today.  #sarahjones

UPDATE: The deal does not include jail time, and she will not have to register as a sex offender, per WCPO.COM and reporter Kendall Herold.  The judge still has to accept the deal, and apparently isn’t too happy about something.

Reports out of Cincinnati indicate that Sarah Jones and her mother have both reached plea agreements in their cases, and are set for court to enter a plea on Monday.  WCPO reports that her attorney, Eric Deters, has confirmed a plea agreement has been reached, but I haven’t been able to glean any details.  I expect that the charges will be reduced in some way- to a non-sex offense for Ms. Jones, for her to be willing to take a plea offer.  Since the victim has apparently denied the alleged sexual relationship, I would not be surprised if the plea was to a mere misdemeanor and some probation, with a similar reduction for her mother’s case.

Judge Patricia Summe recently ruled that the text messages that the Defense sought to suppress would be admissible at trial.  I agree with Mike Allen who commented for Fox, and said that these text messages alone would not win the case for the Commonwealth.  However, not only are they quite embarrassing, they may have offered a suggestion of corroborating the allegations.  Jones purportedly told the student to ‘deny everything’, which is not an admission but it gives the appearance of a guilty conscience.  I will post updates on Crimcourts as they become available. #sarahjones

Sarah Jones is in court today, trying to suppress the text messages the prosecutors want to introduce against her.  The testimony has been compelling: first, her attorney challenged the judge who signed the warrant.  Deters put Judge Easterling on the stand and questioned him.  That was followed by the case agent, the detective, who testified that nearly 40 false statements were included in the case against Jones and her mother.

No word yet on the result of the hearing.

Update: According to WCPO, the Judge will issue an order on the suppression motion in the next few weeks.  That doesn’t indicate much, just the the judge reserved ruling, meaning she’s going to think about it and probably put out a written order with her ruling.

Former Bengal cheerleader charged with sex with student speaks out

Former Bengal cheerleader, one time Ben-Gal captain, Sara Jones has taken to the media to speak out against the allegations she slept with a former student.  This morning she was on the Today show, you can watch the video from that appearance, and yesterday she was on Cincinnati radio on Eric Deters’ show.  It appears that Deters is an attorney for her, and has filed a motion to dismiss the charges.  I’ve been fascinated about this case since it was first rumored months ago, not only because of the salacious allegations, but also as it’s centered in my hometown Cincinnati.

For some background, Ms. Jones is accused of having sex with one of her students.  It’s my understanding that Kentucky law makes this a felony as she was a teacher in his school.  Her mother, who is the principal of the school, has been charge with evidence tampering for allegedly endeavoring to cover up the incident.  Most interestingly, the alleged victim has apparently denied that the crime occurred.

The case seems to be based on the high-school gossip circuit… you know how bad girls get.  Ms. Jones stated on the today show that the instigator is actually the ex-girlfriend of the alleged victim.  I don’t know how they’re going to prove a sex act, if both parties deny it, and there’s no physical evidence.  Perhaps they have a text message “admission” of some sort, but teenage bragging is not very reliable.  We’ll see if they have something stronger, soon.  The trial is set of October, but the Defense has filed a motion to dismiss.  Motions to dismiss are generally hard to win for defendants; if there is sufficient evidence to show that there may have been a crime, judges generally send the cases on to juries to decide if it rises to the level of proof.  Even cases that never should have been filed on may go to a jury if there is a question of fact.

Sarah Jones went on the Today show, but declined to answer specifics about the allegations