Judge Accused of Pressuring Lawyers for Sex, Threesomes in the Courthouse 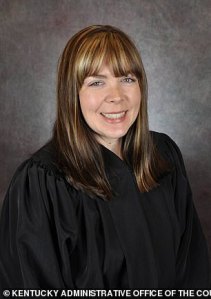 The allegations are shocking, and if true, will probably signal the end of Judge Gentry’s tenure. So far no criminal allegations, unlike other Cincinnati area judges recently, but problematic nonetheless.

Be sure to read up on the cases of Judges Tracie Hunter and Tim Nolan.

*Update: Strike that non-concern about criminal sanctions. Further reading indicates there are also allegations of timesheet falsifications. That’s something that could lead to theft/fraud/corruption charges.

Boston Judge Arrests a Defense Lawyer for Arguing Her Case

Yesterday in Boston, Judge Richard Sinnott had defense lawyer Susan Church arrested and removed from a courtroom as she tried to read case law relevant to her client’s case. This is wildly inappropriate behavior from the judiciary in any circumstance. Even though the judge released her, several hours later, without pursuing contempt charges, the intent and possible effect of threatening to jail a lawyer for doing his or her job is to discourage lawyers from advocating for their clients. The judge told her her didn’t her to turn the hearing “into theater”, then proceeded to perform the great theater of having her taken into custody. Said Church, “[I] sat there wondering if I was going to jail that night, whether I’d be able to see my children at dinner that night, what I was going to do about my work and my clients.” She continued, “My biggest concern is that this doesn’t have a chilling effect for all the other lawyers out there who are fighting the good fight,” via BostonGlobe.com.

The backstory is that Judge Sinnott was already feeling the heat by going against the prosecutor’s decision not to file charges, and refusing to dismiss this and several other cases the prosecution had already decided were not appropriate to be prosecuted related to protesters against the white supremacist “Straight Pride Parade” in Boston last week. So, when Church was citing case law, she was specifically pointing out the legal authority that said the judge had acted illegally in refusing to dismiss the case. Instead of listening to the legal precedent, he had Ms. Church removed. He didn’t like being told what he was doing was wrong, and he responded by arresting the messenger, who bravely persisted in doing her job in the face of threats to advocate for her client.

Since that episode in court, the prosecutor has filed an emergency petition with the Massachusetts Supreme Judicial Court to overturn Sinnott’s ruling. DA Rachel Rollins argued that the judge, “ignored the clear and unambiguous constraints placed on the judiciary by the separation of powers.” Church cited a 1991 Supreme Judicial Court case for exactly that proposition. It sounds like the case law will require the decision to be reversed, and the Judge may face discipline for his encounter with Ms. Church. Susan Church is a hero.

Tracey Hunter Dragged out of Court to Serve Jail Sentence

There was a dramatic scene in the Hamilton County Courthouse today as former judge Tracie Hunter was back in court for the presumptive conclusion of her case. Hunter was previously found guilty of having an improper interest in a public contract for her involvement in trying to help her brother keep his county job. For that conviction, she ultimately lost her seat on the bench, her license to practice law, and was sentenced to six months in jail. The jail sentence was was ordered way back in December of 2014 after trial that September, it’s now been almost five years since she was found guilty. Her appeals exhausted, Hunter was back in court today, where her attorney pleaded for mercy, but the judge ordered that the sentence should be imposed as ordered by his predecessor on the case.

Pandemonium erupted in the courtroom, as Hunter’s supporters started shouting in protest. One woman crossed the bar and approached the Defense table, where she was restrained by bailiffs. Hunter went limp, and was dragged from the courtroom by one of the bailiffs to the holding area out of the courtroom. Her attorney indicated he’s going to file a motion to dismiss, but that’s unlikely to gain any traction since the normal appeals have been exhausted. Hunter is incarcerated now, being housed in the medical area of the jail, she may be eligible for early release at some point.

Video of the scene in the courtroom is linked below:

Supporters gathered in protest outside the courthouse, but Hunter, now a felon remains inside.

The Sordid Tale of a former Kentucky Judge turned Sex-Trafficker 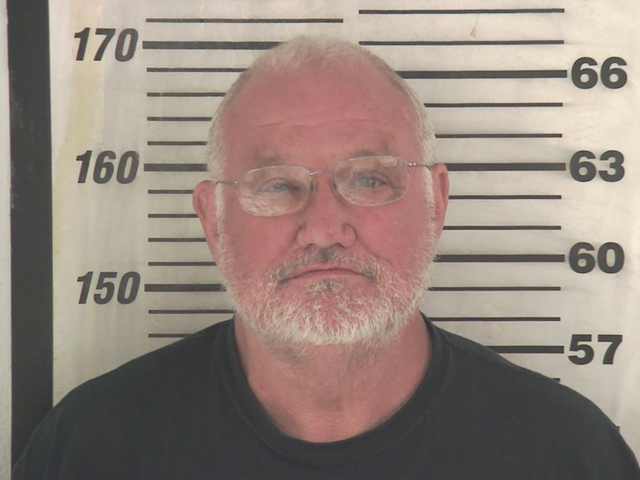 Cincinnati.com went long on Tim Nolan, the former judge (and attorney, school board member, and Trump activist) who has pled guilty to charges of human trafficking. Go check out the full article by Scott Wartman. In sum, the former judge- who had prided himself of being tough on crime, turned out to be a criminal. He has pled guilty to 21 counts of human trafficking going back to 2004, and will be sentenced Thursday for what will probably amount to a life sentence (20 years). He took advantage of young women, many living in his properties, often using drugs or physical force or the threat of eviction to induce them for sex.

The case was weird, not only because of Nolan’s political ties. At one point there were allegations he paid a witness, with whom he had had a relationship, but whose daughter was one of his victims. There was talk that he might blame mental illness, or his brain tumor, for his behavior, but ultimately decided to enter a guilty plea. He reportedly had a disdain for lawyers… which in itself suggests his contempt for the rule of law and due process, but is particularly galling for a lawyer himself.

Be sure to check out the article on cincinnati.com. 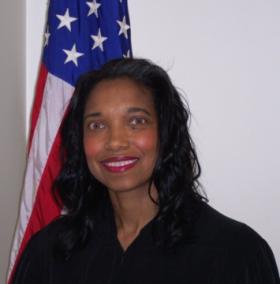 Tracie Hunter was convicted of a felony for misuse of documents while she was a judge: and subsequently removed from the bench. Her conviction was upheld on appeal, and she has a jail sentence hanging over her head unless the Ohio Supreme Court overturns the conviction. On top of that, she has been suspended from the practice of law: a requirement if she were to sit as a judge. She is further ineligible as a felon with a pending jail sentence.

In spite of all these things, she thinks she should still be a judge. She feels so strongly that she has applied to run for a judge seat in the upcoming election. She has applied not once, but twice. The first application to run as a Democrat was rejected, and she recently filed to run a second time, this time as an independent. The disqualifying factors still apply, so there’s no reason to think she’d be eligible to run. But file she has, with thousands of petitions to get on the ballot.

The remaining charges against former Hamilton County Judge Tracie Hunter were abruptly dropped at the last minute. In court, just before jury selection, the special prosecutor announced they would be dropping the remaining charges. Some evidence went missing, but apparently the evidence was only relevant to a couple of the remaining eight counts. Hunter’s team has suggested that may have had something to do with the charges being dropped, but the prosecutors deny it. They indicate that it didn’t make sense to go through a second trial, as the first was already an expensive affair.

Hunter is now a convicted felon from the sole charge that she was found guilty of during the first trial. The appellate court recently upheld that conviction, and the timing of that decision just a week or so ago is the most logical explanation for the other charges being dropped now. She can still appeal to the Supreme Court, but unless the decision is overturned, she cannot return to the bench, will likely be disbarred from the practice of law, and will eventually have to serve six months in jail.

Former Hamilton County Judge Tracie Hunter’s verdict was upheld on appeal yesterday. The 1st District Court of Appeals in Ohio released their decision yesterday. Her attorney disagrees with the verdict, and has indicated they will be appealing to the Ohio Supreme Court.

One of the issues is that the jury was not polled after reading the verdict. Normally, after a verdict is announced in court, the jury is polled to confirm that the verdict was correctly recorded. Hunter’s attorney asked the judge to do so, but he declined, because he had previously had them make an affirmation. The jury reached a verdict on only one count, and the judge received that verdict and they continued deliberating on the other counts. When the judge got the verdict on the one count, which we later found out was ‘guilty’, he asked the jurors for an affirmation… but he never announced what the verdict was that he was having them affirm.

Now, this wouldn’t be a problem if the jurors agreed on the verdict. However, now three of them have signed affidavits that say if they had been polled at the end of the trial, their verdicts would not have been the same. That’s a problem. However, the law in Ohio apparently does not require that the verdict be published before the jury is polled. That seems counter-intuitive: how can the jury affirm the verdict if the judge hasn’t told them what he believe the verdict to be? I will be curious what the Supreme Court says, and if the appeal doesn’t work, whether there could be a post-conviction motion based on the post-trial affidavits mentioned earlier.

Judge Norbert Nadel has sentenced former Juvenile Court Judge Tracie Hunter to 6 months of incarceration for her felony conviction. According to Cincinnati.com’s Kimball Perry, she can serve in the detention center so she doesn’t have to go to prison, and she can turn herself in after Christmas. Her attorney has asked to stay the sentence pending the outcome of the appeal. That’s not an unreasonable request, as there are certainly some major issues to be dealt with on appeal, such as the jurors trying to go back on their verdicts. That motion will be heard at a later time. Nadel felt that incarceration was appropriate, even as a first time offense, due to the position of trust as an elected official.

Tracie Hunter Found Guilty on One Count: Jury Hung on Other 8 Counts

The jury in the trial of Judge Tracie Hunter has found her guilty on one count, but could not reach a unanimous verdict on the other counts, resulting in a hung jury. The count she was found guilty of was for Having an Unlawful Interest in a Public Contract: essentially for getting public employees to get restricted documents to help her brother, a juvenile court employee who was facing termination from his job. The charge is a felony, which means Hunter is suspended without pay, and will effectively cause her to be removed from the bench, pending the appeal in the case. The charge carries a presumption of probation, but she could be facing up to 18 months in prison.

The hung jury on the other counts means that she could be tried again. That decision will probably be announced by prosecutors some time in the future. Obviously she will appeal the conviction, which will take some time: sentencing on the guilty count is set for Dec. 2.