Inmate Charged with Feeding Pet Iguana to an Alligator

I didn’t know this, but apparently the Monroe County Sheriff’s Office has a small animal farm at their facility on Stock Key in the Florida Keys, where about 150 animals reside. Inmates at the adjacent jail facility can get details at the zoo, helping to care for the animals, though apparently feeding the reptiles is not one of the inmate duties. The animal farm has become an attraction on the island, where it is open for free to the public twice per month and for special occasions and is popular with local families.

Inmate Jason Gibson was an inmate at the jail, and landed a detail working at the animal farm. That is, he worked there until he tossed an iguana named “Mojo” into the gator enclosure, where an alligator killed it. It was particularly distressing for those who worked at the farm, as Mojo had been a resident there for at least 13 years, and was considered more of a pet. The inmates who spoke to police were reportedly heartbroken. Gibson admitted to the deed, as well as another iguana a few weeks earlier. Gibson is facing two felony animal cruelty charges, in addition to the vehicular theft charge that landed him in custody in the first place. Crimcourts continues to keep you up date on all alligator related criminal law!

DUI on a Segway, It Happened in Florida

Andy Sigears was arrested last week for driving a Segway under the influence in Davenport, Florida. He was driving it right down a road, just down from where a Sheriff’s substation is located. Deputies say he was swerving, unsteady, and impeded traffic. He admitted he had drunk two bottles of wine, and blew .243, .220 & .238 on a breath test. Florida gives at least two tests, and would have administered a third since the first two were more than .02 apart. The legal limit to operate a vehicle is .08… and a Segway has wheels, so it is definitely a vehicle under the law in Florida!

Two Fort Myers men are charged in a turtle trafficking ring that may have netted tens of thousands of dollars. It’s the largest turtle theft bust in Florida history, and the turtles recovered had a black market value of $200,000. FWC alleges that Michael Clemons and Michael Boesenberg were selling wild-caught turtles to overseas interests for money and sometimes for marijuana. 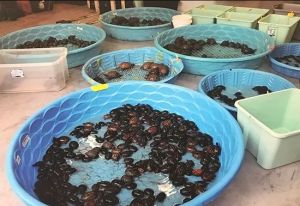 Some of the rescued turtles

It’s important to police wildlife violations to protect the fauna of Florida. FWC says Lee County was hardest hit, and that local turtle populations may be substantially affected. The good news is that more than 600 turtles were rescued and returned to the wild.

FWC indicates this bust was related to the Gator in Yoga Pants bust with turtles in a Ninja Turtle backpack arrest from a few months back. FWC has more details on the concerns of wildlife trafficking.

The Jimmy Rodgers Trial is Underway, Opening Statements were this Morning 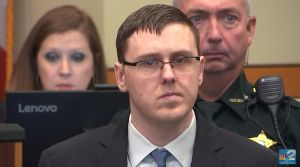 Jimmy Rodgers, one of three men charged with the murder of Dr. Teresa Sievers in her Bonita Springs home in 2015 is on trial in Fort Myers. Jury selection began last Monday, and this morning the attorneys gave their opening statements. The State argues that Rodgers traveled here with Curtis Wayne Wright, who had allegedly been hired by the third Defendant Mark Sievers, Teresa’s husband. There’s substantial evidence to show that Rodgers and Wright traveled to Southwest Florida together from Missouri, and that they were here when Sievers was beaten to death in her home.

Curtis Wayne Wright has already pled guilty to his involvement, and agreed to serve 25 years in prison in exchange for his testimony for the state. That’s obviously something that the Defense will attack as to his credibility. Further, he gave several differing statements, at least eight, according to the Defense in their opening statement. The challenge will be for the State to use Wright to prove not just that Rodgers was present, but that he participated in the crime. The State also plans to use the testimony of Rodgers’ then girlfriend, to whom Rodgers allegedly admitted to killing Dr. Sievers. However, Rodgers’ girlfriend has been paid by the state about $400 per month for the four years since the crime, so the Defense will attack her credibility as well.

The Defense conceded in opening that Rodgers traveled to Fort Myers with Wright, but deny that he was involved in the conspiracy with Mark Sievers to commit the murder. The State’s only evidence that directly ties Rodgers to the murder itself is the testimony of Curtis Wright. Not only is there a strong attack on Wright’s credibility, but Wright admitted that he was the first to attack Sievers. He says only after he struck her a couple times did Rodgers jump in to actually kill her. Wright’s testimony will be must-see viewing. Rodgers faces the death penalty, as does Mark Sievers.

Thieves in Miami Steal a Parrot so it Won’t Snitch

Report out of Miami today that an African Grey parrot named Cuca was taken from a home by burglars, along with jewelry and guns. Cuca knew hundreds of words. At least one thief was caught, but Cuca was not recovered. The owner heard on the streets that she was killed to keep her quiet about the identity of the thieves. Miami out Miamis itself, again.

via the indispensable David Ovalle