DeSantis Poised to Reform Medical Marijuana Soon: but People will Still go to Jail if they Don’t have a Prescription

Florida voters overwhelmingly approved a constitutional amendment to allow medical marijuana: with over 71% of voters in favor. However, the state government has slow-rolled the medical marijuana licensing process, effectively making it difficult for everyone who might need the medical marijuana to get it as quickly as possible. They have also placed many burdensome restrictions on obtaining it, the most notable being that it is very hard to be able to simply smoke marijuana in leaf form. The system in place funnels people to using oils and other derivatives, and restricts the number of licenses for the dispensaries where prescriptions are available, making the limited licenses potentially very lucrative for the lucky few who can set up shop. This probably makes it far more expensive and difficult for sufferers to get the marijuana they need.

This resulted in a lawsuit against Florida from medical marijuana users challenging the legislation enacted to allow medical marijuana, alleging that it is insufficient and doesn’t follow the clear intent of the voters. That lawsuit was successful, but changes have not been enforced as the previous administration chose to appeal the ruling. That’s an expensive way for our own state government to avoid the will of the people and to dodge the intent of our constitution. 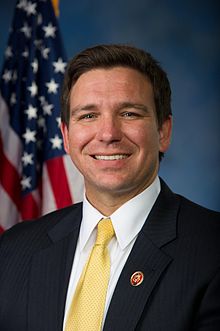 New Governor Ron DeSantis, who has hit the ground running in Tallahassee, has given out indications he plans to make an about face on the State’s position. DeSantis said of the smoking ban, “I think a lot of voters were frustrated… […] They think there’s been a lot of foot dragging.  So my job is, when the people speak, you have to listen. This was not an amendment that was really that close. It was like 72 percent.” DeSantis and his advisers have indicated an announcement is coming up, and that changes will be made in how the state is carrying out the medical marijuana amendment. It is believed the announcement may include dropping the appeal. One of his advisors even tweeted the hashtag, #nosmokeisajoke indicating support for a change in policy that would allow medical users to smoke.

With DeSantis and other republicans on board, the movement appears to have some bipartisan support. We just covered democrat Nikki Fried, the new Agriculture Commissioner, who is also pushing to change the regulatory scheme for medical marijuana. It should be something that both sides agree on, that people who have a medical need and a prescription, ought to be able to get the marijuana they need to help their condition. That’s the compassionate, and most cost-effective, approach.

As always, a reminder that marijuana still requires a prescription to possess or to smoke. If you don’t have a card, it’s a crime that will subject you to arrest, and possible jail time, not to mention a mandatory driver’s license suspension. Call an attorney right away if you get in trouble, this is the kind of thing an experienced criminal law attorney can help you with!