Criminal justice reform has been a growing topic of late, and has been garnering more and more support from both sides of the aisle. Recently, even President Trump has signaled his support for such reform. It makes sense from a lot of standpoints: more efficient justice, less recidivism and less expense, while reuniting families: especially those separated by excessively long prison sentences for non-violent offenses. The growing movement has finally gained enough steam that the Senate appears poised to vote on a justice-bill, albeit a ‘slimmed-down’ version, before the end of the year. This is a good thing, though as the name of the bill, the “First Step Act”, implies, it should be merely the beginning of positive reforms. 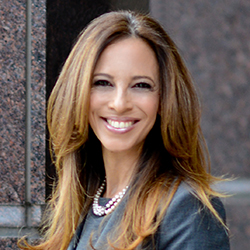 Florida also has a need for criminal justice reform. Florida has a very draconian sentencing structure, in many cases imposing decades-long mandatory minimum sentences on non-violent offenses that far exceed the federal sentences that are being reconsidered. Florida Bar President Michelle Suskauer, who has spent many years in the justice system as a defense attorney and is acutely aware of the issues has made a push for consideration of the issue to raise awareness. The Florida Bar recently held a Criminal Justice summit to discuss the issue (the Bar cannot take a position), and Suskauer wrote an informative update in an OpEd published in the News-Press this week, and elsewhere. You should definitely check out her more detailed article, here.

Bitemark Forensic Evidence is Being Reconsidered as Junk Science: A Georgia Murder Case may be Thrown Out Because of It 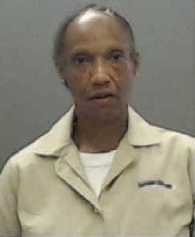 A case originating in Waycross, Georgia that relied heavily on bitemark evidence is being challenged in a post-conviction proceeding. Bitemark comparison forensic evidence has been increasingly disfavored as the science that underpins it has been increasingly challenged, like some other forensic sciences that have been shown to be unreliable. Like hair-sample analysis, which was examined at length by the New York Times in 2015, these types of forensic testimony are being reconsidered as ‘junk science’. 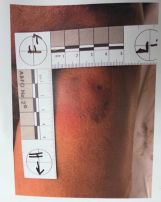 11alive.com in Atlanta did a good deep dive on the case of State v. Sheila Denton, who was convicted with the only physical evidence tying her to the scene being bitemark evidence. She was also implicated by her crack dealer, who claims she admitted to the killing, but whose testimony shows indications of being coerced. The reporters, including former Fort Myers-based reporter Andy Pierrotti, do a great job on the story, and have a follow-up story coming on Sunday. The post-conviction hearing was a few weeks ago, and the State has another week or so to respond to the Defendant’s brief. The judge’s ruling will come some time down the road. 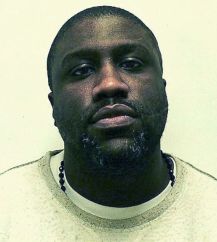 Patrick Walker, serving a life sentence for first-degree murder since a 2003 conviction, was transferred to a new cell and came up with a plan to escape. He realized that he resembled his new cellmate, and decided to pose as the other inmate, who was eligible to post a bond. Walker allegedly threatened forced cellmate Charles Pendarvis to give him his ID, under the threat of violence to he and his family. Walker then contact a woman on the outside to post bond for Pendarvis, and proceeded to walk out in his place. At this time, authorities do not beleive Pendarvis was a willing participant, and a massive manhunt is underway for Walker, considered to be a violent, dangerous individual.

There is a resemblance between the two, while they’re not twins, it was enough to sneak past the jail when Walker flashed the ID. It reminds me of some other cases where subterfuge was used in the escape: the Florida inmates that forged court documents to get released, and the Alabama inmates that used peanut butter to cover a door number to get buzzed out to freedom. But the favorite is still Joeneather Singletary, the Lee County inmate who just buzzed the intercom and walked out, only to be caught 30 minutes later at Dunkin’ Donuts. She was still wearing her jail ID bracelet when they caught her: something that jail in Oklahoma ought to implement.