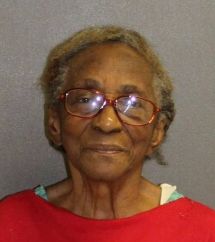 Little Hattie Reynolds is a 95-year-old great grandmother living in Daytona Beach, Florida. One of her grandchildren was being lazy and wouldn’t get out of bed, so she called the police, on the non-emergency line, for assistance. She had no idea she’d be going to jail.

When officers showed up, they investigated and learned that during the dispute, Ms. Reynolds had slapped her 46-year-old granddaughter, who refused to get out of bed and starting screaming and yelling obscenities at Ms. Reynolds. Unfortunately, Ms. Reynolds slapped her with the slipper she had been wearing. When she told this to the cops, she was placed under arrest and charged with domestic battery. She spent a night in jail until she could see a judge, who released her on her own recognizance.

Cops tend to think that when there is probable cause for an act of domestic violence, that they must make an arrest. I suspect that’s what they are taught during training. However, the Florida Statutes give them the discretion not to make an arrest… they just have to file a written explanation why they didn’t make an arrest in their report. The chief of Daytona Beach Police even told the press that officers don’t have discretion… and he’s flat wrong. Officers are permitted to make an arrest, but do not have to make an arrest. This clearly sounds like it would have been a good opportunity for the exercise of that discretion.