The Amanda Knox Documentary is now on Netflix

The documentary about Amanda Knox, and the case of the murder of Meredith Kercher, is no streaming on Netflix.

After my last couple posts, I am glad to change it up with some positive news coming from law enforcement. The new Chief of FMPD held a couple of community engagement sessions for the purpose of building a relationship between the department and the community. Chief Derrick Diggs held two sessions today, and is holding another session tomorrow. I think he has his work cut out for him, but every journey begins with the first step. Ironically, the News-Press linked relates stories to this one, so as you read the article, there are linked headlines to stories about harassment, and persistent discrimination at the Department.

Chief Diggs is taking the first positive steps to develop a positive culture at FMPD, which is a building block to connecting with the community and hopefully addressing the violence that has become persistent.

Is the Hendry County Sheriff under Investigation for a Felony Cover-Up?

A day after reports of shenanigans by Charlotte County Deputies, Wink News dropped a bombshell that implicates Hendry County Sheriff Steve Whidden in a cover-up. It should be noted that no charges have been filed, and at this stage, the case has been referred to FDLE for an investigation regarding the Sheriff, he has not been charged with anything. Further, whether this incident rises to the level of inappropriate behavior or even criminal behavior is a question that has not been answered, and the mere fact there is an investigation does not determine anything. That said, there are some troubling inconsistencies in the case so far.

Sheriff Whidden insists there was no wrongdoing, and that he barely knows hit-and-run suspect Richard Carlton Smith, who is currently serving a Federal prison sentence. Smith admits having struck something, but says he thought it was a mailbox, not a person. The most troubling inconsistency is that Sheriff Whidden says that his office forwarded the case to the State Attorney’s office for review, which would demonstrate that there was no wrongdoing in his office. However, The SAO released a statement saying, “The Hendry County Sheriff’s Office did not send us anything,” and that they didn’t hear about the case until contacted by an attorney. They have forwarded the case to FDLE, and requested that another State Attorney’s Office be appointed to handle the case going forward. Reporter Dave Culbreth confronts the Sheriff with statements from his own deputy that contradict his explanation of the incident. It’s too early to render a verdict… but this looks bad. Defintely check out the full video from WINK. Wink credits Miami talk show host John Cardillo for breaking the story.

What’s Going on with CCSO?

Two veteran deputies were fired this week from the Charlotte County Sheriff’s office, and Sheriff Prummel commented at his press conference that they should have known better in light of their many years on the force. I was talking about the cases today with an associate, and I was reminded that there was also a case not long ago that involved stalking-related allegations. 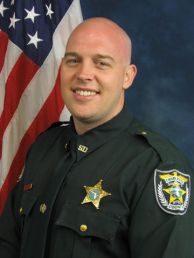 Just a year ago, CCSO Deputy Eric Ireland was fired after his arrest for Official Misconduct and Perjury. He was accused by his ex-girlfriend of planting drugs on her husband, after several stalking-type behaviors that caused her to break off the affair. The story is really crazy, it’s worth clicking through for the backstory. I checked the system, and it appears that Mr. Ireland accepted a plea deal to misdemeanor perjury charge and avoided a felony conviction.

One of the allegations against against Anthony Nardi involved “potential stalking” of an off-and-on girlfriend: using the DAVID Florida Driver Database to look into men she may have been seeing. They have GPS tracking his whereabouts and the ex ultimately filed a trespass warning to keep him away from her house.

That constitutes a second creepy, stalker-like episode with another CCSO Deputy. Sheriff Prummell decried the “rash of stupid” at the force, but when it’s multiple deputies doing similar things over a period of time, there is concern that it’s not a rash, but a pattern. I commend Sheriff Prummell for acting decisively and terminating each of these troublemakers. The best way to discourage improper behavior is to show, in no uncertain terms, what standards deputies are expected to meet, and that there is no tolerance for lawbreakers.

Sgt. Lance Holden was fired after an investigation for an incident at a Grove City bar where he allegedly pushed another man. Deputy Anthony Nardi was fired for allegations of domestic violence and misuse of the DAVID (Florida Driver) database.

The Sheriff wants to stress that the misdeeds of a couple officers do not equate to problems with the rest of the force. Bad cops do occur. Prummell also said, “In the last several months, I’ve had several deputies do some really stupid crap, but ultimately, what we’ve seen time and time again, that our community has stood behind us.” It’s encouraging that Sheriff Prummell is discouraging misbehavior by calling it out, and holding the subpar deputies accountable. 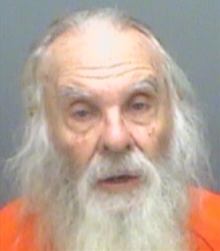 Herbert Hayden, 81, a resident of St. Petersburg, got in an altercation at the Pinellas Park senior center over a game of shuffleboard and was charged with battery. Police allege Hayden struck another man, and that both of their sticks, or cues, as they are known amongst shufflers, were damaged. Unfortunately for prosecutors, officers indicate the “weapons” were not seized for evidence. I do not know how old the victim was, but if he is over 65, Mr. Hayden could potentially be facing a felony for battery on a senior citizen. I have seen prosecutors charge the felony on other senior citizens, but hopefully cooler heads will prevail.

This is the first charge I have seen using a shuffleboard cue as a weapon! #weirdbattery #graymenace

The civil rights trial of a jail mistreatment suit from Charlotte County got started in Federal Court in Fort Myers, today. Amy Bennett Williams is covering the case for the News-Press.

Amanda Knox Documentary to be Released on Netflix

At the end of the month, Netflix is going to release a documentary on the murder of Meredith Kerchner, and the subsequent prosecutions of Amanda Knox, Rafaelle Sollecito, and Rudy Guede. Knox and Sollecito’s convictions were ultimately overturned last year, and they were acquitted. Guede was separately convicted for the murder, and his convictions remains in effect.

Crimcourts has covered the Knox case extensively, it was an international media sensation that “Foxy Knoxy”, an American student in Perugia, was accused of a horrific murder of her roommate. This was coupled with allegations of a sexual nature, most of which were not based in any fact. The prosecutor who propounded these theories, also will appear in the documentary. It will be worth checking out.

For more on the Knox case, check out our Knox Archive.

Watch for me on ABC-7 This Evening

I just did an interview with Stacey Deffenbaugh for ABC-7, discussing why the young man charged with causing a death after failing to stop for a school bus is in civil court and not criminal court. The story will likely air at 4 and/or 5 pm on ABC-7, and hopefully my comments are included.

Here’s an earlier story about the court hearing this morning. The family was understandably angry, due to the tragic loss of their son…

The court was certainly not saying the teen’s life was only worth $1000, that was the maximum penalty permitted. This ruling does not preclude the victim’s family from proceeding on a wrongful death claim, which is likely to be worth many thousands of dollars. Nothing can take away the tragedy of the loss of life in these types of cases. 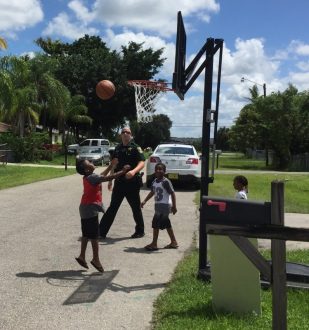 LCSO Deputy Cox noticed that the basketball hoop where some small kids on his beat liked to play was in disrepair. On his own time, he found an old hoop, fixed it up for the kids, and even got them a new net! Great work deputy- always nice to share some good news of cops going above and beyond the normal duty!