Florida Prisoner Escapes, but Surrenders because it was Too Hot

This week a man working a prison-work detail walked away from his job and escaped into the woods near FGCU, only to turn himself in about 45 minutes later after succumbing to the Florida heat. Ricky Nelson, in prison for multiple drug charges, was with a work detail on the FGCU campus to control melaluca trees on the campus nature preserve. He ended up turning himself in to officials, sweaty and apologetic. He passed out from the heat after just a little while before coming back. But not before a major manhunt got underway, complete with K-9 officers and helicopters.

The escape attempt is even more poorly considered because Mr. Nelson was scheduled to be released in less than two months. Now he’s looking at a new second-degree felony for escape, and possibly more jail time. Oops.

Kudos to Fox4 for the additional details.

Police Looking for More Info from Tipster RE: Zombicon Shooting

FMPD held a press conference today, and asked a tipster who previously came forward with valuable information to get in contact with them again. They are hoping to get more vital information from a tipster that contacted them around November 11-13. They have followed up on hundreds of different tips, and believe that one of the tipsters may have the information needed to make an arrest.

They are asking anyone who made a tip during that time to contact them tomorrow or next Wednesday, between 9 am and 3 pm at 1-800-780-TIPS (8477). They reward for information leading to arrest is no at $36,000. Police stressed that the young man who was shot, Expavious ‘Tyrell’ Taylor was a totally innocent victim.

Drew Peterson, the former Chicago Police Officer, infamous for the murder of his third wife (and possibly another), has another trial coming up. He was convicted in 2012 of killing his former wife Kathleen Savio, who died in 2004. His fourth wife, Stacey, has been missing since 2007. Now he is again facing charges for attempting to hire someone to kill the Assistant State’s Attorney who prosecuted him in that case. Opening statements should be underway as of today.

Mark Sievers and Jimmy Rodgers, who were recently indicted for 1st degree murder charges in the death of Dr. Theresa Sievers, had their most substantive court date so far on the criminal cases. Today’s hearing is a Case Management conference, basically a scheduling hearing to determine the progress of the case going forward. Sievers’ attorney waived speedy trial, and continued the case a couple months out- to July. Rodgers attorneys, however, declined to waive speedy trial yet, as no all of the evidence collected has been disclosed yet. The state indicated their investigators are still going through it. Rodgers is set for a pretrial conference next month: it is still likely his case will also be continued beyond that date, but the evidence is so voluminous that it hasn’t all been processed.

I was actually kind of surprised they had to litigate this issue, what with the right to remain silent being a Constitutionally protected right. Last week, the Florida Supreme Court unanimously agreed with the 4th Circuit Court of Appeal that it is  improper for the state to comment on the the pre-Miranda silence of a Defendant who does not take the stand. Basically, if someone exercises their right to remain silent… it cannot be used against them. I suspect the Florida Supreme Court was suprised the issue needed to be litigated, the 4th DCA opinion that they upheld was just issued on February 18. The appellate court certified the question as one of great public importance, but that is still an impressive turnaround at the highest court in the state. 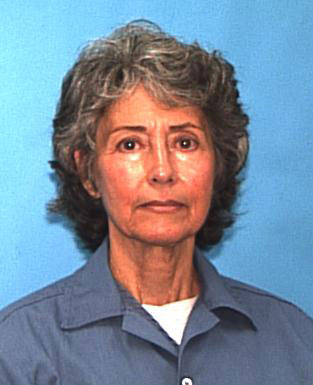 The Court sent back the conviction of Donna Horwitz, convicted of first degree murder in the death of her husband. When police responded to the shooting, they asked Ms. Horwitz several questions, and she stood mute. The prosecutor successfully argued at trial that her silence was indicative of a consciousness of guilt, and she was convicted and sentenced to life in prison. The Court ruled, consistent with longstanding precedent around the country, that his is unfair comment on the right to remain silent. It would essentially force a defendant to testify to rebut the assertion, which is improper.

Further, the court observed that the evidence of silence would not be relevant and is inadmissible under basic rules of evidence. While silence potentially could indicate consciousness of guilt, the meaning is ambiguous. It could be shock, or a concern that officers would not believe the story, or many other things. Due to the ambiguity, it is not relevant to the elements of the crime, and would also be inadmissible for this reason.

You have a right to remain silent… use it. The State cannot use it against you if you do.

An New Invention to End High-Speed Chases and Save Lives

While it looks all glamorous and sexy in the movies, high speed chases are among the most dangerous encounters by law enforcement. The number one cause of death for police officers are traffic crashes, and high speed chases are a high-risk endeavor. Not only do such chases put the officers at risk, pedestrians and other drivers are also at a high risk. Most departments must limit when high-speed chases are undertaken, due to the risk, and that means they simply must abandon pursuit of some offenders.

A new invention may allow police to avoid high-speed chases, and even to catch more offenders after backing off. A company called StarChase has created a device that launches GPS-tracking devices as projectiles that attach themselves to other vehicles. The idea is, the officer fires his StarChase unit, which then sticks to the fleeing car, and the officer can back off. They can follow at a safe distance until the offender can be apprehended at lower speeds. Testing has shown some success, though the device has been attaching at only about a 50% clip. That’s not a bad start for a trial run, and it could save many lives in the future.

The Florida Agricultural Crimes Intelligence Unit shared this photo of an alligator sneaking into a watermelon field and making off with a melon. This pic was snapped at a field in Hendry County last week. I’m glad they shared.

Another Man Fleeing Cops Bitten by an Alligator

It seems this is becoming an all-too common trend for Florida Man. A Lakeland man lost part of an arm to a gator bite the other day, after jumping in a lake when his mom called the cops regarding a domestic disturbance. Apparently, this lake, which was near his mom’s house, even had a sign posted warning people about gators in the water.

Don’t run from the cops, kids. We have seen several cases that were even worse than this young man who lost three-quarters of his forearm. Not worth it. For more, check it out some previous stories, here and here on Crimcourts.

Have a fun, gator-bite-free weekend!

Drunk Driving Arrests Are Going Down, but Are the Roads Safer?

Ride sharing apps were in the news this week when Uber and Lyft decided to pull out of serving Austin, TX due to strict local ordinances. This may make the streets less safe, because a great deal of the business for these apps are taking people home late at night and on weekends: providing a convenient alternative to driving for many people who have been out on the town and possibly drinking.

The ride sharing apps are quick to take credit for drops in DUI arrest numbers. Arrest numbers indicate declines in Florida cities, including the Miami and Tampa areas. Law enforcement agencies in Tampa were willing to give some credit to ride sharing, but also indicated there had been less enforcement going on due to shortages and other factors. MADD says there has been a major shortage of enforcement in Dade County jurisdictions, but the drop in arrests is likely due to a variety of factors, ranging from ride-sharing to less overtime for officers than they used to get on DUI cases.

Hopefully the decline in arrests is indicative of less people drinking and driving, and keeping the roads safer for all of us. If Uber and Lyft help, we can all get behind that. The numbers so far certainly favor the increase accessibility of ride-sharing apps.

Working to be your leading Alligator-law related blog, we bring you this story from the FWC. FWC officers stopped a man driving a truck through a wildlife management area to check for his day-use pass, only to find dismembered alligator parts stashed around his vehicle. Upon questioning, the man admitted he had recently killed the alligator without permission.

Alligators can now be legally hunted in Florida, like deer and other animals, but alligator hunts are closely regulated. Know your laws before you hunt… or fish: Florida takes wildlife management seriously.

And be sure of what you’re doing. Don’t be like Bryan Rohm. He was out hunting an alligator with his son (legally!) and thought he had killed it. He was sorely mistaken, and when he brought it in the boat, the alligator bit his thumb and jumped back into the water. He had shot the gator twice with the bang-stick, an alligator hunting device (basically it delivers a shotgun blast at point blank range), and wasn’t able to stop the thing. Alligators are badasses.