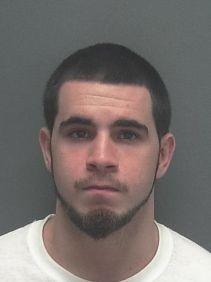 A 21-year-old man tried to take off from an attempted traffic stop on Easter morning, only to collide with a turning vehicle as he sped away: and surveillance cameras caught the dramatic collision on video. It’s a stark and scary reminder of the violence when one more more vehicles is travelling at a high rate of speed. Miraculously, the motorcycle driver, Joey Pinheiro of North Fort Myers, survived, and will likely be facing criminal charges. 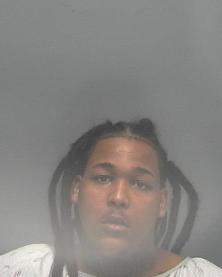 There was another high-profile fleeing case on Easter, as a man riding an ATV in traffic on Palm Beach also fled from an attempted traffic stop. That man also ended up crashing his vehicle, though he ended up stuck in a ditch, and with less serious injuries. Robert Hayden Jr.  was charged with fleeing, as well as possession of marijuana and for gun charges. Failing to stop for law enforcement officers is a felony in Florida: so many times the fleeing charge ends up being more serious than whatever infraction for which the cops initially tried to stop somebody.

Spider-Man Showed up to Court in Costume 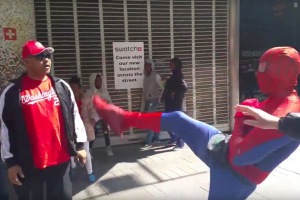 We’ve covered some of the Times Square character antics… too many times the people dressed up and taking photographs for tips have gotten into altercations with tourists, and even with each, when turf arguments arise. Another Spidey got arrested a few days ago and took it to another level, when he showed up for court in costume. The judge was not amused, as it was his second arrest, and said if he gets charged again, bond would be set so high that he would not be able to get out.

This case is interesting, in that Batman was taking pictures with Spidey, and when the argument after they got stiffed by the tourists started escalating, whipped out the phone on his utility belt and started recording. He claims that the tourist was the aggressor. The cops found both parties at fault, and charged both Spider-Man and the Tourist with assault. It will be interesting to see what happens at trial…and whether Spidey’s lawyer can convince him it is in his best interest to appear in the manner of his alter-ego.

Remember that scene in Animal House? Everybody remembers the “Food Fight!” scene, right? Remember where the frat guy got hit with food, then he stabbed the girl through the hand with a fork? No? What… it didn’t happen that way? Somebody must be doing food fights wrong…

Only in Florida… a Crestview woman hit her boyfriend with a half-eaten Taco Bell Burrito Supreme. The man she burritoed, Carl Smith, retaliated by stabbing her in the hand with his fork, and embedded it so deeply that it required surgery to remove. After she got the fork out of her hand, Suzanne Hurlvert was also arrested, and charged with battery for striking Smith with the food item. She’ll be facing a misdemeanor, while Smith will be facing felony aggravated battery charges, and presumptive prison time.

We’ve covered a lot of food batteries here on Crimcourts… even a McChicken, but this is the first burrito I’m aware of! Click here for more weirdbattery

Child Abuse Suspect Used to be a Cop

Ricardo Vazquez, all six-foot-five, five-hundred pounds of him, was arrested this week and charged with two counts of child molestation on a girl under 16 in Collier County.  The arrest is noteworthy as Vazquez is a former cop who was with the Naples Police department for five years, until he was fired in 2010, according to Fox-4. The Naples News is reporting that he resigned from that position. He apparently most recently worked as a utilities technician in wastewater collection. At this time, he is still in custody on a $200,000 bond. 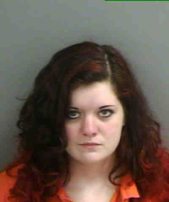 Yesterday we reported that 21-year-old Miranda Johns was arrested for multiple counts of sex acts with two dogs. More details have emerged in the case. The News-Press reports that the videos provided to deputies depict Ms. Johns having oral sex with two pet dogs. Johns had accused the man of sexual battery, and when they interviewed him, he denied the battery and showed them videos she had sent him of the bestial acts.

Let’s break this down… woman commits criminal sexual acts with two dogs. She records said criminal acts. She sends the recordings to a man. She later accuses the man of a criminal act. Man proceeds to show the videos to the cops. Woman is arrested. According to the Naples Daily News, she has sent the images to the man at his request. Oops. (NDN also reports that they were photos, not videos, though their headline says recording).

There’s no word on who owns the dogs, or their condition… though there is no indication they were harmed…

21-year-old Naples resident Miranda Johns has been arrested for 3 counts of illegal sexual contact with animals. Apparently, she recorded herself having sex with two dogs, and sent the videos to her boyfriend. He reported he when the cops were called out to a domestic disturbance. CCSO reports they have recovered multiple videos. Johns bonded out, her arraignment is set for April 13.

No more details have been released at this time, and while I’m morbidly curious… I really don’t want to know!

The Florida Supreme Court overturned the contempt conviction and jail sentence for juror Noel Plank, saying that the procedure for trying his contempt hearing was flawed, and that he should have been entitled to an attorney. The court found that since the drinking that led to his intoxication occurred out of the court’s presence, it should not have been heard as ‘direct criminal contempt’ [think of an angry defendant making a scene in a courtroom: that would be direct contempt]. Rather, the court found that it should have been treated as ‘indirect criminal contempt’ [think of someone going home and refusing to obey a court order after they leave]. The courts have long held that those accused of contemptuous conduct are entitled to attorneys for indirect contempt hearings, and that this proceeding was properly considered indirect.

Plank had already served 17 days in jail, when the court reduced his sentence. Since this sentence was overturned on procedural grounds, he could technically be facing a new hearing for indirect contempt, though I doubt anyone wants to go to the trouble and expense of prosecuting a man who already served his time.

The Cape is conducting a DUI operation tonight, be safe, don’t drink and drive! 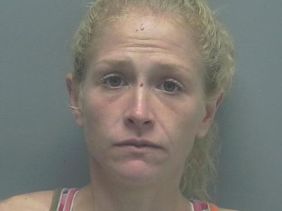 Ashley Bills was arrested this week after she tried to defraud her friend. She claimed a deputy tried to extort money from her, or that she’d be arrested. The victim gave her some money, but when she tried to mooch some more, he called a lawyer. The lawyer was worried about police misconduct, so the FPMD pulled the tape! The video showed that Bills was making the extortion claim up, and she ended up getting arrested.
The video is evidence that helps us find justice…

UPDATE: corrected to indicate it was FMPD that pulled the tape, and solved the crime! Good job.

Social media, and citizen journalists, again demonstrate their importance to the system. After a social media post that depicted an officer throwing a woman to the ground, the Cape Coral Police Department has initiated an internal review, and put the officer involved on paid leave.

They have not yet ruled that his actions were unwarranted, but the video seems to demonstrate that he may have been more violent than necessary. There did not appear to be an immediate threat, and the officer did not even appear to identify himself before flinging her to the ground. It will be interesting to see what the brass says about this one…

It should be noted, the woman is clearly committing a battery by pushing and striking the man before the cop arrives, and would have also been subject to arrest for disorderly conduct.The issue is whether he handled the arrest appropriately. Kudos to the the Cape Coral PD for acting swiftly to address what will be a contentious issue.