I have discussed some of the issues with minimum mandatory sentences here on Crimcourts a few times; from inequities in sentencing, to the ridiculousness of a man facing a mandatory 15-year sentence for having sex on the beach (though the prosecutor on that case agreed, and declined to proceed on the PRR designation that would have mandated the mandatory minimum). The issue has gained some national traction in political discussions, mostly as it relates to our overcrowded prison populations, including critics from both the right and left.

You run the risk of injustice when you try to apply blanket results without regard to the specifics of each case. Harsh sentences are appropriate for serious offenders, but a balance needs to be struck. Non-violent drug offenders probably don’t need decades in prison, and even young people that commit violent offenses are unlikely to be a risk to society when they become senior citizens. Reform still faces as uphill battle, as it is still politically advantageous to be tough on crime, and the prison industry is lucrative and has a powerful lobbying interest, but I am hopeful common sense will ultimately bring reason to our criminal punishment structures.

John Oliver took a look on This Week Tonight, and raises some quality, and some funny, points:

Once again, Cape Coral is conducting a DUI enforcement operation tonight. This is the fourth “High Visibility Enforcement” operation, and the second one this month. The last one resulted in 7 arrests.

As always, Crimcourts reminds you that if you drink, don’t drive. Be safe out there, kids! 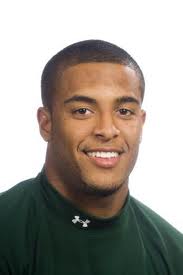 The Fort Myers Police Department has completed an internal investigation regarding the mistaken arrest of NFL player Nate Allen several months ago. They found that errors were made by the officers investigating, which led to him being improperly detained. Sanctions have been levied by FMPD, including suspensions for a couple of officers involved in the investigation.

Allen’s attorney Sawyer Smith will respond to the announcement with a press conference tomorrow at 10 a.m. Smith has long been calling for an outside investigation into the incident, and the City Council discussed the possibility some time ago, but deferred to hear the result of the FMPD investigation.

Previous coverage of the Nate Allen case on crimcourts: https://crimcourts.wordpress.com/tag/nate-allen/

You can get a DUI on a Lawnmower

Tyler Anspach, a 25-year-old man from Milton, PA, was arrested for drunk driving on a Cub Cadet lawnmower, along with driving on a suspended license, no registration, and other charges. He has had several DUI related incidents, and apparently thought he’d figured out a work-around with his lawnmower. He was wrong.

The law in Florida is similar to PA… you can get a DUI on any vehicle, which includes pretty much anything on wheels. We’ve seen plenty of riding mower DUIs around these parts. You can also get criminal charge for suspended license on any motor vehicle, and I have seen people prosecuted for that as well in Florida, in spite of how charming Richard Farnsworth and David Lynch made it look in “A Straight Story” (which is based on a true story). It may help that Mr. Straight wasn’t hauling a case of beer and a .2 BAC!

Several Muncie, Indiana, senior citizens were shocked to learn they were being investigated by the state gaming commission for their regular card game. The Euchre games were being played for a couple of dollars each, and it was enough for authorities to contact the senior center and threaten action. The games will continue, but without pay-to-play or prizes being given out.

Once again, tax dollars were at work here. Fortunately, authorities had the good sense to resolve this with a phone call, and not a bunch of arrests. Even the governor has weighed in, asking for common sense to prevail in such investigations.

How Much of our Money did the Barry Bonds Fiasco Cost? 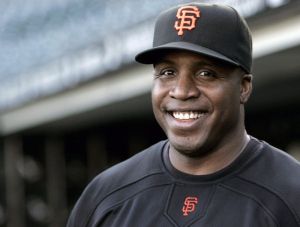 Barry Bonds, whose appeals are finally over after his conviction was reversed, cost American taxpayers a pretty penny. Bonds was prosecuted federally, so we are all paying: this was not a local jurisdictional exercise. This was a substantial expenditure by the United States government. The notice filed yesterday that the government would not attempt to appeal the case to the Supreme Court effectively ends the case, and avoids any additional cost. However, the cost of that final appeal would have been a drop in the bucket of the total cost of prosecuting this case.

Estimates back in 2009 put the cost of the trial at around $6 million. But the trial was the culmination of many years of investigation, whose tally was estimated several years back to be from $55 million up to $100 million. I have not been able to find any more recent estimates, nor any estimates that include the ongoing appellate tally, which included the original appeal, then the larger panel appellate rehearing which finally reversed the one charge of which Bonds was convicted. The Roger Clemens trial may have cost another $10 million or more. That’s a lot of money which was ultimately put toward proving cheating in baseball. While it may be the national pastime; it is not a public interest that needs a government referee (or umpire). The conclusion of Bonds’ case may finally have put an end to this costly undertaking. An undertaking whose bill was paid by U.S. taxpayers.

The Barry Bonds Case is Finally Over

The specious prosecution of Barry Bonds has wound down to an anticlimactic conclusion. Just a little while ago, the Justice Department filed notice that they would not be seeking Supreme Court review of the appellate court decision that overturned Bond’s conviction. That means they are not seeking further appeal, and the case is effectively dismissed.

The government went after Bonds not for using steroids, but for obstruction of justice for not giving them straight answers when questioned by federal agents. He went to trial, and was only convicted of one count, specifically for a meandering answer he gave that was not directly responsive to the question. Ironically, he already served the sentence, which involved house arrest instead of incarceration.

A similar prosecution against Roger Clemens led to not guilty verdicts at trial, though some non-baseball players were not as fortunate. Track star Marion Jones was sentenced to 6 months jail after entering a plea for lying in her steroid investigation. As is often the case, the cover up is worse than the offense. Remember, if federal agents come calling, call a lawyer right away, even if you have nothing to hide!

Homes definitely committed the act, but has claimed insanity. Insanity requires more than just being crazy: depending on the state rule, it basically requires a showing that he was so incapacitated by his mental illness that he could not tell right from wrong. The planning that went into the shooting may suggest stronger cognitive function. There is no doubt that he committed the acts, and the brutal nature make him extremely unsympathetic. He faces the death penalty if convicted.

Update: Holmes found guilty as charged of all counts. He now faces a possible death penalty.