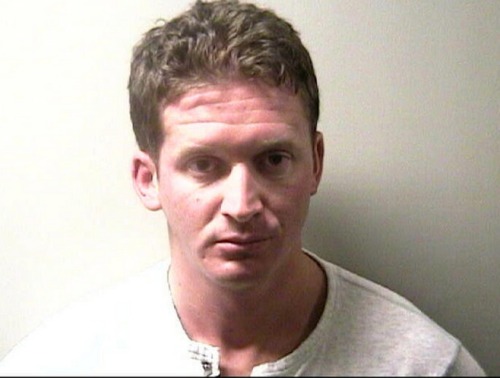 Dane Eagle was pulled over at 1:50 a.m. Monday morning by officers in Tallahassee, where he is currently representing Cape Coral for the ongoing legislative session. He was pulled over after coming out of a Taco Bell. No word on whether the officer was deliberately targeting Taco Bell… Eagle has been charged with DUI: driving under the influence to the extent that his normal faculties are impaired. He is innocent until proven guilty, and has released a statement to the News-Press claiming that there is not a “clear and accurate picture” of events.

The Huffington Post points out that Eagle recently stated “We need to be as elected officials held to a higher standard” relating to his sponsoring of a bill to require legislators to submit to drug testing. The arresting officer indicates that Eagle refused to take a breath test, in addition to refusing to submit to field sobriety exercises when he was pulled over. Eagle claimed to have nothing to drink, but the officer alleges he detected a strong odor of an alcoholic beverage when Eagle spoke to him, and that he did not detect the odor in Eagle’s vehicle after he got out. That’s what looks worst for Eagle: if he was telling the truth and had not had anything to drink, why didn’t he take the breath test? An officer could be mistaken about an odor of alcohol, but blowing .000 would prove whether he’d had anything to drink.

The officer further alleges that Eagle nearly struck the curb a couple of times before he pulled him over, and that Eagle was speeding. He finally pulled Eagle over after he allegedly ran a red light, without braking. The officer said Eagle was swaying, and stumbled into the door of his vehicle when he tried to walk.

While he has not been convicted yet, the state can make a consciousness of guilt argument. When Eagle was asked to take the breath test, he was informed of the consequences: a one-year driver’s license suspension. So, the prosecutor can argue that even though Eagle knew they were going to take his driver’s license, he still refused the breath test. That’s not the behavior of someone who had nothing at all to drink.

Eagle has defenses to work with, so a conviction is not a foregone conclusion. An experienced criminal defense attorney will be able to point out how difficult the case is to prove. Since Eagle didn’t do any exercises, the State is short on proof that his normal faculties are impaired. Since he is facing criminal charges, Eagle cannot really respond in full to the allegations, but he will likely dispute some of the details of the officer’s statement. The officer apparently recorded the incident, so the case will really depend on how bad Eagle looks on the video.

The case is a long way from a possible trial, the prosecutor will have some time to make a filing decision, then it’s usually a couple of months before a case resolves. The case may still be pending when Eagle’s primary come around for his seat: he faces a Republican challenger Jim Roach. Eagle’s father is currently in Federal prison for fraud charges related to land deals in Lee County. We have covered Greg Eagle’s case extensively on this blog.

Taco Bell continues to be ground zero for DUI busts:

One response to “Dane Eagle Arrested, Charged with DUI”