DUI on a horse: Update

I got some feedback from friend of the firm Christopher Brown, now a Defense attorney in SWFL.  While he was an intern with the prosecutor’s office several years back, a DUI on a horse landed on his desk.  That means some hotshot cop arrested some guy on a horse and threw him in jail for a night.  Probably took his driver’s license, too.  Chris did the right thing and dropped the case, but I now have my confirmation that there are cops who will arrest somebody for it, regardless of the law.

Chris reports his reasoning was that a drunk driver points a car into traffic and potentially trouble.  But a horseback rider, if he points that horse at traffic, that horse just ain’t gonna go.  I’m paraphrasing, but you get the point.  Since that case didn’t go anywhere, I am still unaware of any published case law on the issue.  I don’t know if there’s any law against riding a drunk horse… 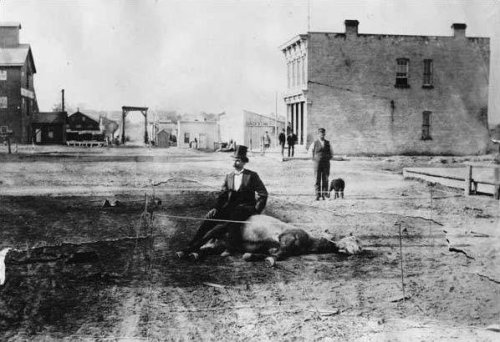 Man sitting on a dead horse

Update: More from Chris: “Now that my memory has been refreshed I think I called the cop to tell him I was dumping it and he was okay with it. He said the guy was so drunk he was just afraid he would fall of the horse into the street or somehow cause and accident and he just wanted to take him off the street that night. Cops need more training on Marchment… they are always finding reasons to arrest drunks for their own protection.”  The cop’s heart may have been in the right place, but not on the right side of the law!

2 responses to “DUI on a horse: Update”